The Splintered Empires - The Eastern Front 1917-21

My Easter reading has been a newish book by Prit Buttar 'The Splintered Empires'. This is a history of the Eastern Front between 1917 and 1921.

The early war campaigns, particularly Tannenberg, have received a fair degree of attention, but the same cannot be said for the later period. The centenary of the Russian revolution has also been more focused on the political and internal events, rather than the impact on the war itself. This book corrects that with a detailed account of the final campaigns of the war and its aftermath. 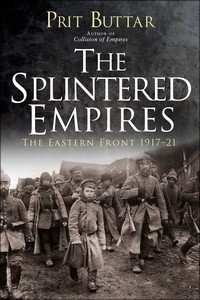 The author starts in 1917 and understandably focuses on the Russian army, as it gradually collapsed as a fighting force. The Tsar's unwillingness to reform quickly enough led to revolution and the road to Brest-Litovsk. While that did enable Germany to redeploy divisions to the West, they overstretched themselves with over ambitious plans to expand in the East. This meant troops had to be retained in places like the Ukraine and the Baltic states, which could have made all in difference in the 1918 offensives.

The Russian Empire was not the only one to collapse and in practice lost little of its territory, other than Finland and Poland. The German Empire and the rule of the Hohenzollerns came to an end, although perhaps the biggest collapse was the Habsburg's. This huge multi-ethnic empire split up into many parts, leaving a small Austrian state and a reduced Hungary.

The final chapters are perhaps the most interesting. They cover what Churchill called 'The Pygmy Wars'. These were the wars in Estonia, Latvia, Lithuania and Poland, that established independent states. The complex web of alliances and armies, ranging from nationalists, Bolsheviks, White Russian and Germans, went on until 1921. Even then the boundaries rarely survived future conflicts.

This is a really complex story, very well told. The politics are not ignored, but there is plenty of detail for the military historian. There are also decent maps, something often missing in other studies. Recommended.

I am sorely tempted to expand my 28mm and 15mm armies of the period to the Pygmy Wars. Here are a few Russian and Austro-Hungarian 28mm figures to whet the appetite. 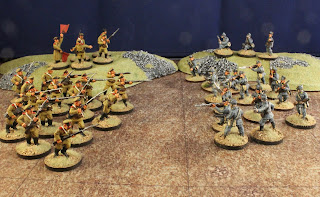 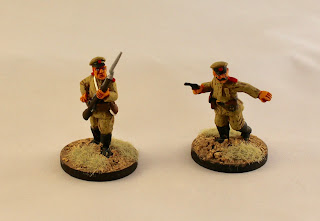 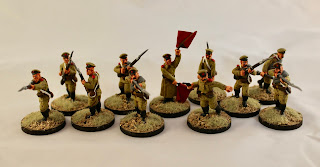