This year's Balkan tour is to Macedonia, mostly the Greek part. We are based in a good hotel right under Mount Olympus, home of the gods - I can feel Zeus and the twelve, looking down on us!
Day one includes some more earthly pleasures, with a very fine medieval castle just down the road at Platamon. It commands a strategic position between Macedonia and Thessaly. There was a Roman fort here, probably destroyed by the Galatians. Then Byzantine and Franks before it was held by the Ottomans. It had a mosque and a minaret in those days. 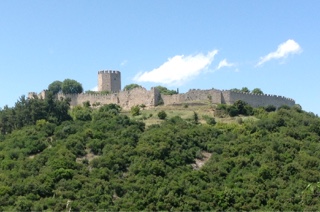 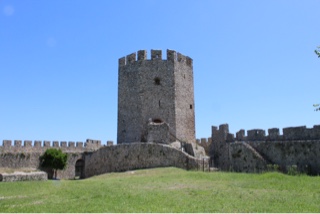 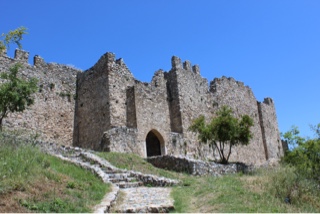 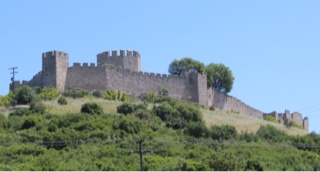 It is in very good condition considering the New Zealand Division fortified it in 1941 as part of the fighting withdrawal from the Aliakmon Line either side of Mount Olympus. The Germans bombed the castle and the New Zealander's withdrew to the Pinios Gorge, the Vale of Tempe of antiquity. I followed their route through the gorge, which is an excellent defensive position. 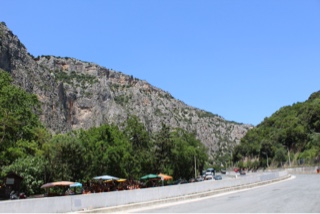 They had to abandon the position after fierce fighting against two German divisions and retreat down onto the Thessaly plains, when the Germans broke through on the other side of the mountain and threatened to cut them off at Larisa. So it was back to the next defensive line at Lamia and then Thermopylae.
Posted by Balkandave at 15:24