The final part of the Osprey pre-xmas Balkan trilogy is Austro-Hungarian Cruisers and Destroyers 1914-18 by Ryan Noppen.

The Austro-Hungarian navy suffered from pre-war budget restrictions, particularly as the Hungarian parliament saw little value in the navy. However, much of the modern day Croatian and Montenegrin coastlines where part of the empire in 1914 and had to be defended.

Before the war the Austro-Hungarian empire had developed a significant merchant marine that required an expanded navy. This took the navy from a coastal defence force, to one that could project power overseas - or at the very least fly the flag. For example, the cruiser Zenta took part in the crushing of the Boxer Rebellion in China and the relief of Peking. After promising work for the Hungarian yards at Rijeka, a more balanced fleet was developed. 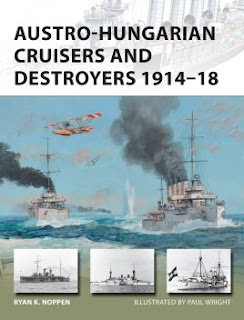 The author describes the cruiser and destroyer classes constructed primarily in the Adriatic shipyards, but with a few ordered from Britain. It is largely a story of catching up with developments in other navies, with armour and guns getting heavier and larger. By 1914, even the most successful designs, like the Huszar class destroyers, were considerably smaller than their opponents. None the less, they often held their own.

The strategy for the capital ships was of a 'fleet in being' and it spent most of the war in port, covering the Northern Adriatic. The lighter ships had a more active campaign and the author describes the main actions in the second part of this book. Initially raiding and bombarding the Italian coast, they quickly dominated the Adriatic despite the larger forces arrayed against them.

The action moved to the Southern Adriatic at the end of 1915, when the navy attempted to stop the Serbian evacuation to Corfu from Albanian ports. This led to the Battle of Gargano and other sorties against Durazzo. While they failed to stop the evacuation, the capture of Mount Lovcen and the collapse of Montenegro, meant that the Southern Adriatic base of Cattaro (Kotor) was fully operational.

This led to a series of actions against the allied Otranto barrage, a series of light ships, often British trawlers, who attempted to keep U-Boats out of the Mediterranean.  The barrage was largely a failure, assisted by the Austro-Hungarian attacks. Most famously, the Battle of the Otranto Straits in May 1917.

By 1918, levels of discontent in the navy were high, culminating in the Cattaro mutiny. However, the lighter ships remained loyal until the end of the war. The remaining ships were allocated to the allied powers, renamed or scrapped.

Osprey Vanguards can often be rather dry technical descriptions of weapon systems. That isn't the case here, with a clear description of strategy and a concise narrative history of the naval campaigns. This is supplemented with a fine collection of photographs and some lovely artwork by Paul Wright. Not just the technical ship plates, but a couple of action paintings that would grace any art gallery.

You can visit the main ports today.

Pula is part of modern Croatia and has a small naval museum up in the old Venetian fortress above the harbour. For Austro-Hungarian fortifications, I recommend Fort Bourguignon  further down the coast. But be warned, it's not easy to find. 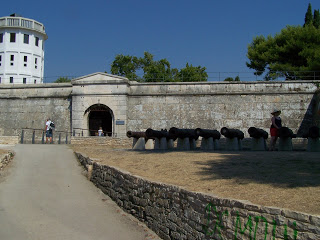 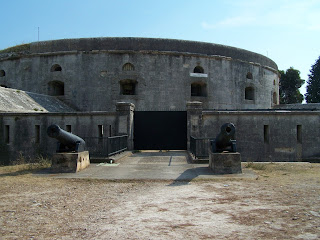 The very best examples of Austro-Hungarian fortifications are around Kotor (Cattaro) in modern Montenegro. The forts below defend the entrance to Kotor Bay. There is also an excellent maritime museum. Kotor is certainly the most stunning place on the Adriatic, an absolute must visit place. 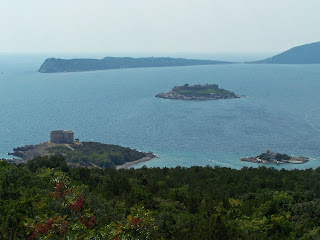 and the stunning Kotor Bay itself from Mount Lovcen. Think Norway with great weather! 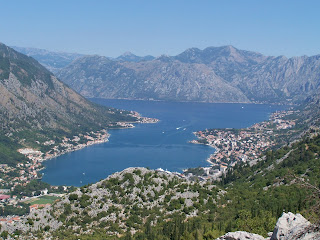