Afghans onto the tabletop

The latest pandemic measures in Scotland means face to face gaming in the house is on hold for the present, so it's back to Zoom. Just as I have finished the Afghans and was looking to get them on the tabletop. 10mm isn't the best scale for Zoom games, but we managed.

Last week's painting added cavalry, infantry and guns to the Afghan orbat. All the figures are from the Pendraken range. First, we have a tribal cavalry unit. On Saturday night I watched the film 12 Strong, which is about a US special forces unit attached to the Northern Alliance fighting the Taliban after 9/11. If you substituted an AK47 for the muskets, these figures wouldn't be out of place today. 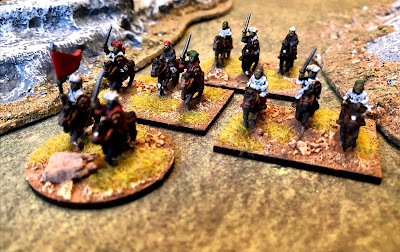 Two field guns and two more rifle units complete the army, although I probably have enough figures left for another tribal infantry unit. 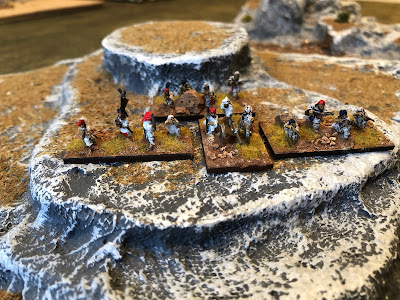 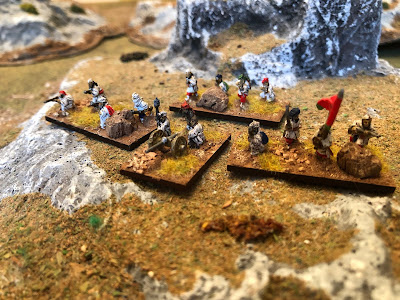 For the game, we used The Men Who Would Be Kings rules with 33 points a side, somewhat larger than the standard game. I decided on a Second Afghan War scenario. The British have to break through the pass. 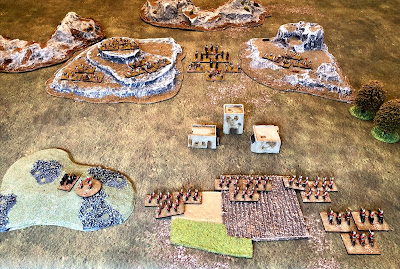 Learning from their mistakes in the First Afghan War, the British aimed to capture the high ground before attacking the pass. 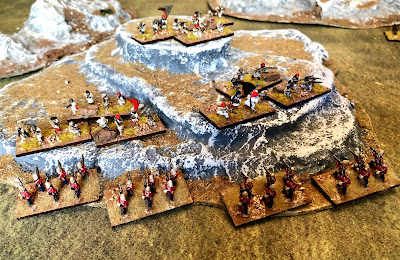 An Afghan counter-attack by infantry and then cavalry was easily beaten off by volley fire. 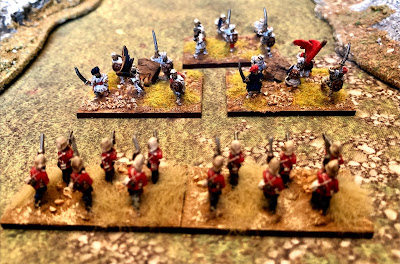 That allowed the British cavalry to complete the rout and capture the pass. 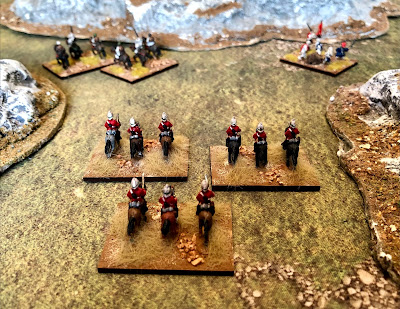 A fun, short game, just what a Dan Mersey set of rules is designed to deliver.