The traditional start to the UK wargame show calendar is Vapnartak, held at the York Racecourse on Sunday 6 February. This is a fine venue, accessible and with good parking. Due to the pandemic, it was a lot more spread out this year, with the games situated on the top floors of the stand, the rest being the trade stands. It seemed pretty busy, and there was a long queue to get in when I arrived at 10am.

Being the year's first show, I had a long list for my pals and me. My haul reflects my wargame butterfly status! While I buy online, I wouldn't have bought or even known about a number of the items. So, shows still matter. 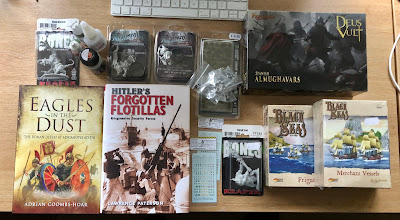 There appeared to be fewer games this year, but that is just an impression. The most visually stunning was this Back of Beyond epic. Cavalry, trains, balloons and aircraft - it had the lot. 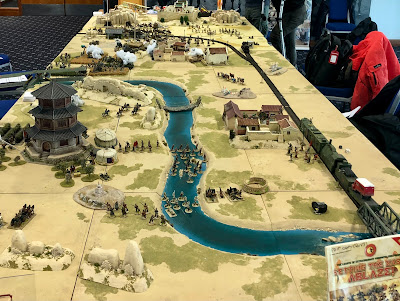 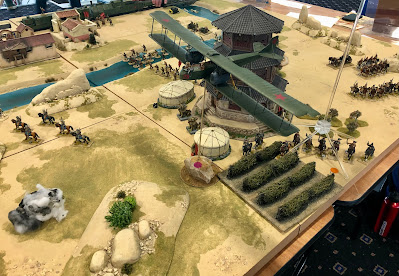 Mark Backhouses' new Strength and Honour rules for 2mm ancients were on show. I struggle with anything below 15mm these days, but I get the concept. The game was the Scottish clash at Mons Graupius AD83 or 84. 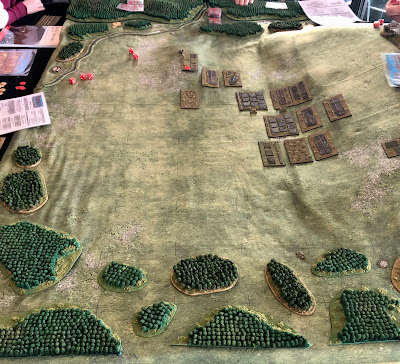 The Rapid Fire guys had a very nice Arnhem game. 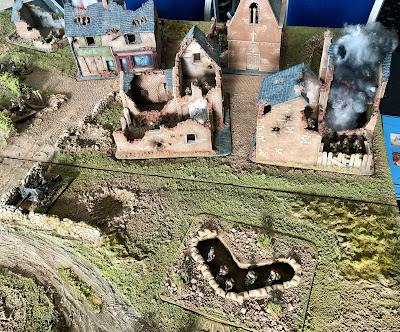 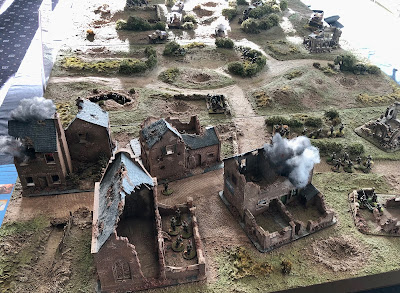 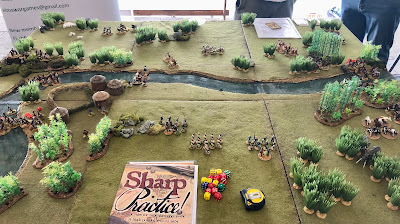 The Italian Wars from the Lance and Longbow Society. 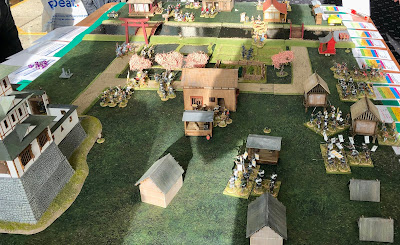 A grand strategic WW2 game, which looked a lot of fun. 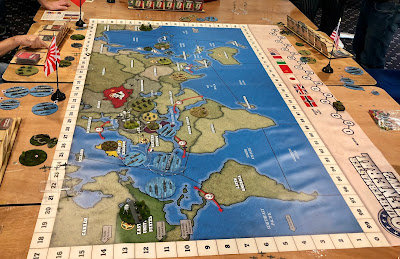 And finally, The War of the Worlds. 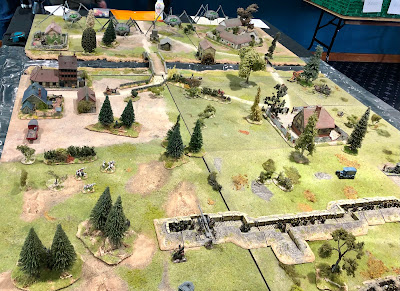 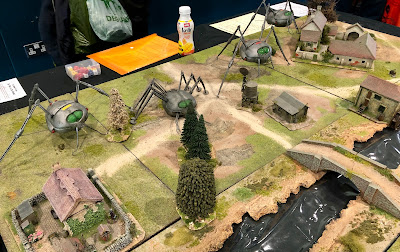 It was certainly worth the effort. And thanks to the York club for organising it.