My latest reading has focused on Ottoman naval matters, albeit from very different periods.

First, we have the Ottoman Age of Exploration by Giancarlo Casale. The author takes us through the various stages of Ottoman naval activity that mainly focused on the trade routes from the Middle East to India and South East Asia. Starting in 1512 with Selim the Naigator and completing the narrative in the early 1600's. 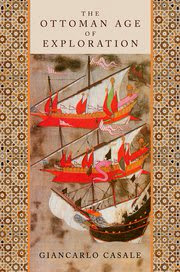 Ottoman naval activity was in part defensive - defending the Red Sea against Portuguese incursions, but then expanded, somewhat fitfully, depending on the enthusiasm of Ottoman officials from the Sultan down. Control of the spice trade was particularly important, given the fabulous prices such delicacies attracted in Europe.

I have to say I struggled a bit with this book. As is often the case with what was originally a PhD thesis, the quality of the research outshines the readability. None the less, the subject is an interesting one and for the wargamer gives a new opponent for those Ottoman galleys. And the Ottoman maps are also wonderful.

Second, we have Ottoman Navy Warships 1914-18 by Ryan Noppen. This Osprey, in the New Vanguard series, concisely describes the warships of the Ottoman navy and the actions they took part in. I was familiar with the actions in the Dardanelles having visited the forts and naval bases. In particular the minelayer Nusret's achievements in sinking or seriously damaging several allied battleships. I was less familiar with the naval actions in the Black Sea. Many of these revolved around Russian attempts to interdict Ottoman coal convoys. It was the lack of coal that most restricted Ottoman naval action. 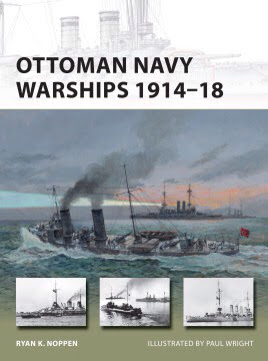 The Ottoman navy had a disparate mix of ships at the start of WW1, built in Germany, France and Britain, partly as compensation for uprisings in the Empire. With the exception of the infamous Goeben, the navy even with German help, didn't really achieve its potential. It did however stop the superior allied navies from bombarding Istanbul, an action that might have knocked the Ottoman's out of the war.