I came across this little gem at Turanj, just outside Karlovac, on the road south towards Bosnia yesterday. The plan is to build a full museum, but at present there are a number of external exhibits that are well worth a visit.

The Croatian Homeland War was fought from 1991 to 1995 between Croat forces loyal to the government of Croatia and the Serb-controlled Yugoslav People's Army (JNA) and after 1992 local Serb forces. A majority of Croats wanted to leave Yugoslavia while many ethnic Serbs living in Croatia, supported by Serbia, wanted Croatia to remain a part of Yugoslavia and attempted to conquer as much of Croatia as possible.

After they failed to do this, Serbian forces established the self-proclaimed Republic of Serbian Krajina (RSK) within Croatia. After the ceasefire of January 1992 and international recognition of the Republic of Croatia as a sovereign state, the front lines were entrenched and combat became largely intermittent. In 1995, Croatia launched two major offensives known as Operation Flash and Operation Storm which ended the war in its favour.

Here are a few photies of the current exhibits. Starting with the information board. 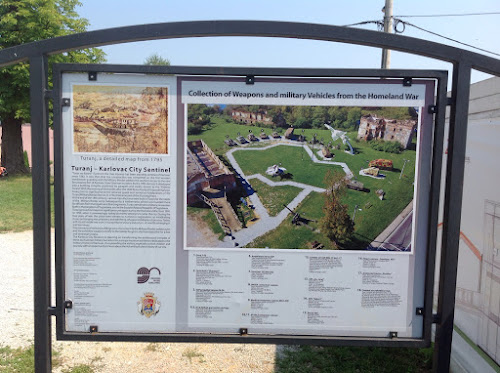 Then a couple of improvised armoured cars 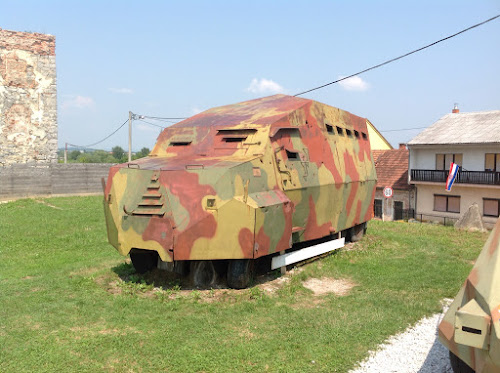 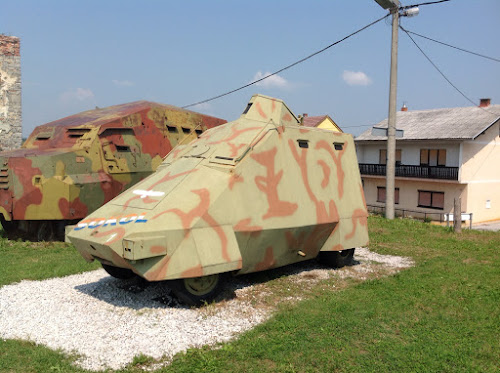 I think this is a Yugoslav built OT recce vehicle, looks like the ones I have models of. 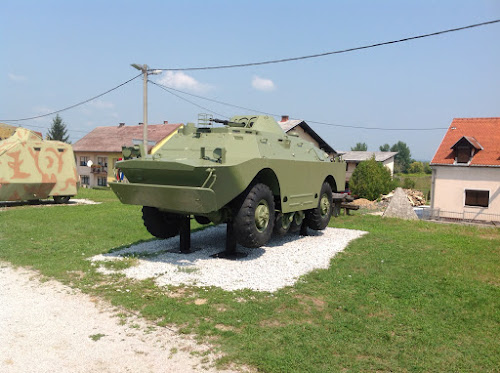 A 203mm Howitzer on the left and apparently a British 90mm AA gun on the right. 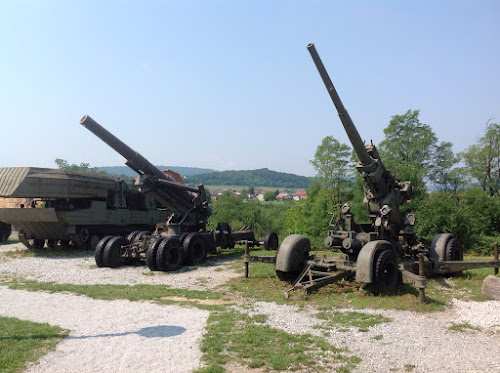 Finally, my favourite photie, a Mig 21 'over' a Strasko armoured tractor. 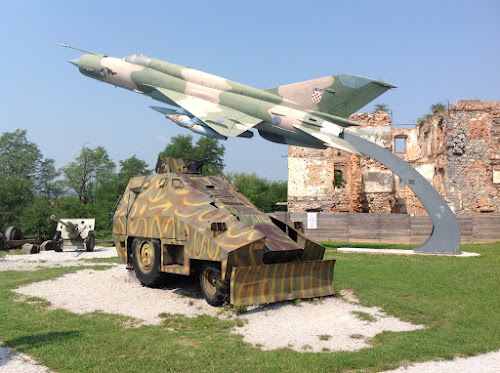