This is the second in the prolific historical fiction author Griff Hosker's Lord Edward's Archer series. I thoroughly enjoyed the first in this series and the latest book does not disappoint. 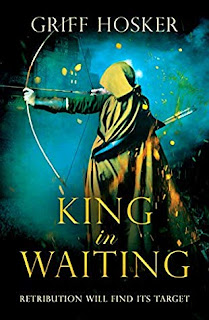 The setting is the second half of the 13th century during the Second Barons War. Our hero, Gerald War Bow, is commanding a small company of archers in the pay of Prince Edward, son of King Henry III and the future Edward I.

Gerald is present at the Battle of Lewes (May 1264), when Simon de Montfort and the rebel lords defeated Henry and captured him and Edward. Gerald escapes the battle and takes employment in Yorkshire guarding a merchant and his convoys.

He keeps in touch with the loyal barons and takes part in the rescue of Edward from captivity. Edward gathers his forces and this culminates in the Battle of Evesham (August 1265), where Simon de Montfort is killed.

The story keeps pretty close to history, other of course than our hero's involvement. As with the first book, this stretches credulity somewhat, but this is fiction. And very well written fiction it is.

The battlefield at Evesham is well worth a visit. It is well preserved with excellent information boards and a walking trail from the town. 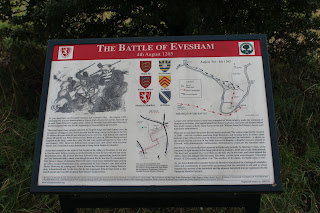 This book and the Barons War generally is an excellent source of wargaming scenarios for small battle rules like Lion Rampant. These are some of my 28mm figures.