I am in Stockholm this week on business but I have built-in time to see some of the historical sights.

The Army Museum is a short walk from my hotel and well worth the effort. For a country that hasn't fought a war for 200 years, they still have plenty of history to tell. 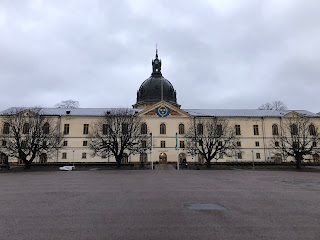 I started on the top floor, which starts in the late medieval period. I understand the earlier periods are in the History Museum, which I also hope to get to.

Early Swedish armies were dominated by mercenaries, mostly from Germany and Scotland. Plenty of Scottish names in Sweden from those who settled there during this period. 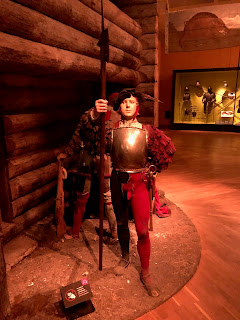 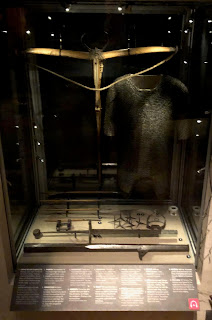 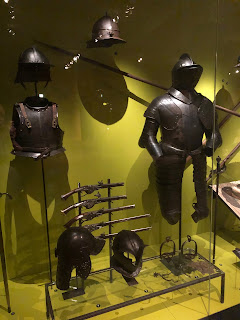 Then we get to Gustavus Adolphus, one of the high points in Swedish military history. With a massive diorama. By this time local recruitment was also significant. Often the cause of regular peasant revolts. 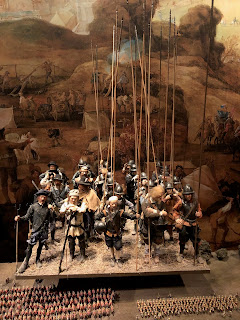 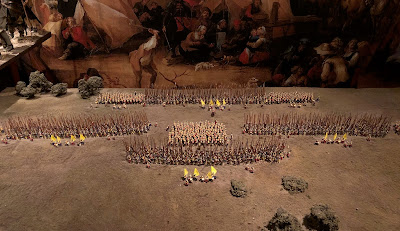 Next stop is Charles XII and the Great Northern War. Some great exhibits on this and the originals of some classic paintings. 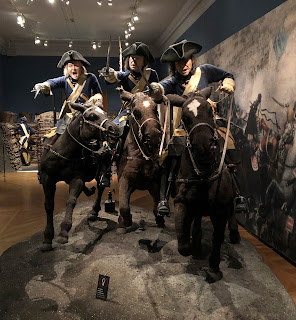 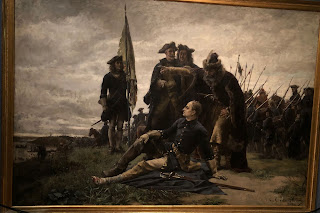 You don't see much about the Swedish army in the Napoleonic wars, outwith the Leipzig campaign. But Sweden also fought a tough war with Russia during this period. 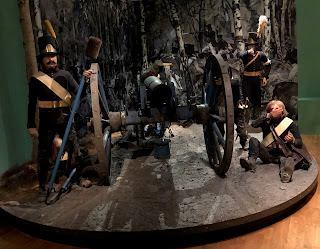 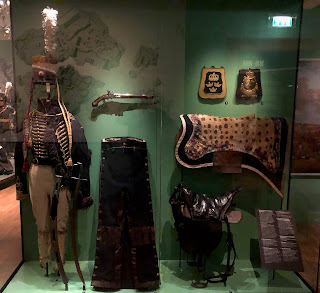 The second floor starts at 1900. Sweden was not directly involved in either of the world wars, but they still maintained large armed forces on alert against invasion. 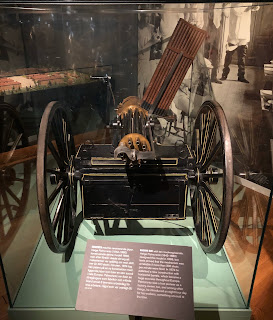 The first floor is for temporary exhibitions. The current exhibition is the Swedish victory against the Russians at Narva in 1700. I have often wondered about wargamers who use massive flags for this period. However, looking at the captured Russian flags in this exhibition, they might be right - they are massive. How anyone carried them in battle is beyond me. I bought the book that goes with the exhibition. Worth it for the colour plates alone. 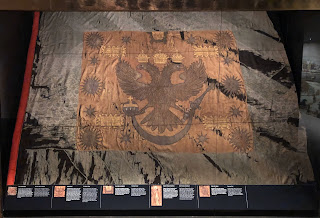 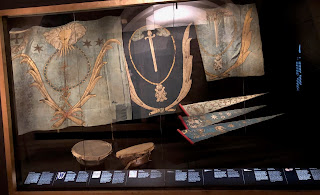 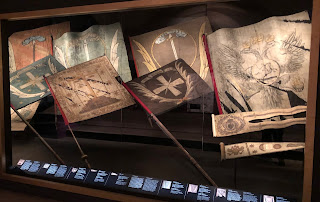 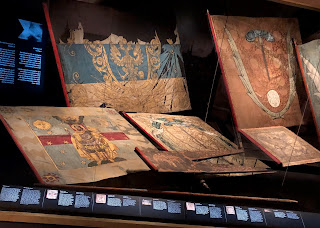 Overall, this is an excellent museum. Well worth the effort if you are in Stockholm. They do a very nice cake as well!
Posted by Balkandave at 21:12