My modern 20mm project has been on a bit of a go-slow for many months. The main priority was to get more generic eastern Europe militia types onto the tabletop. The inspiration was Mark Galeotti's Osprey 'Armies of Russia's War in Ukraine, which has plenty of pictures and colour plates by Adam Hook to work on.

The figures are all from the Liberation Miniatures range. The first group are mainly support weapons including a sniper team and SAM team as well as a command stand. The second are riflemen, rocket launchers and MGs. 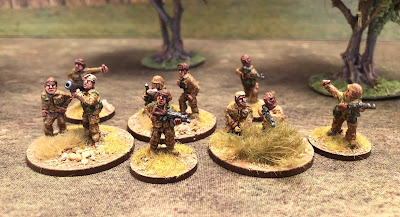 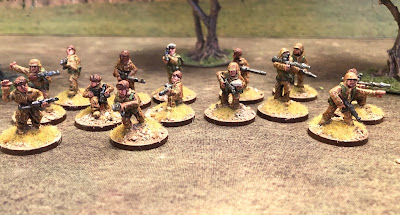 For intervention forces, my British troops are in earlier combat dress, so these are an updated squad with support weapons. 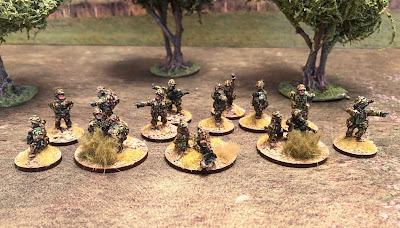 For rules, I use a modern version of Bolt Action adapted by Jay's Wargaming Madness, which work very well. I am sure there are better rules but as a wargaming butterfly, I like to use rules with similar mechanisms.

Here my militia are defending a supply depot. The British force is tasked with capturing it. 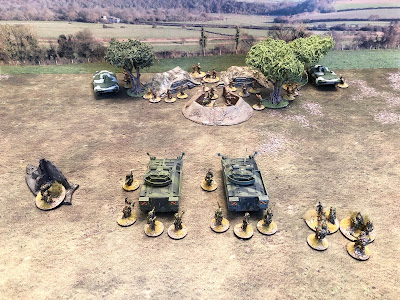 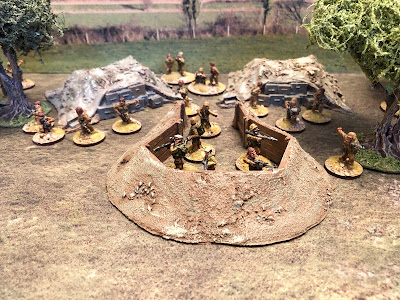 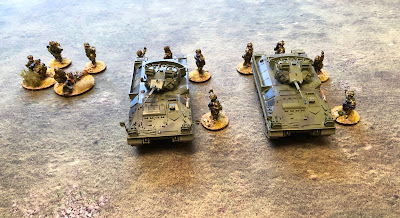 I don't have many 20mm buildings, but I found a couple of what looked like larger 15mm buildings that have been sitting around awaiting paint for a long time. The 20mm figures turned out to be too large, but at least it's another dent in the painting pile. I picked them up at a show several years ago, but I can't remember the firm. 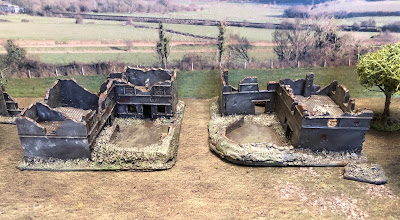