The Hunt for the North Star

This is the second book in A.J.Mackenzie's series about the War of 1812. This is historical fiction, but the author follows the historical events of the war between Britain and the USA fairly closely. The book's hero is Captain John MacLea, a Scot who after serving in the British army emigrates to Canada and ends up back in uniform in the Canadian militia. 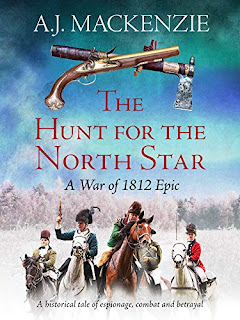 The first book ended with the British victory at Queenston Heights. MacLea is still looking for the US master spy known as Polaris and this is the focus of the story in this book.

His company is part of the force defending the Niagara River line when the new US General launches another invasion over the river that leads to the Battle of Frenchman's Creek on 28 November 1812. This is developed as an elaborate decoy in the book, but in reality, it was part of a serious invasion attempt that went wrong.

After the battle our hero continues to pursue Polaris, uncovering a number of lesser traitors. Most of the action moves to York on Lake Ontario, the provincial capital (modern-day Toronto). I won't spoil the plot, but most of the story revolves around what we would today call counter-espionage actions.

In terms of the war, the action moves to the British attempt to destroy the US naval HQ on the Great Lakes at Sackett's Harbour.  The naval aspect of the war is an interesting subject in its own right and there is a discussion between Henry Hyde and Jeff Knudson on the subject in Henry's Battlechat podcast. Jeff has written a set of rules for the naval conflict. This was a major naval base and the US brought some 3000 shipwrights to this base to build a fleet of small ships. The book has the British attack in March 1813, when in fact it happened a couple of months later in May. The attack was fought off.

The action then moves back to York and the book ends with the US attack on York, which happened on 27 April 1813.  The town was lightly defended and historically it was captured and largely destroyed. The British blew up the fort's magazine killing the US commander. It was a more complete victory than is portrayed in the book, but it had little strategic significance in the war.

You can visit Fort York today, as I did in 2018. Toronto is of course now a major city, but they have preserved the fort, albeit somewhat incongruously overlooked by a motorway! Nice museum as well. 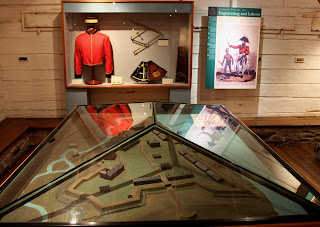 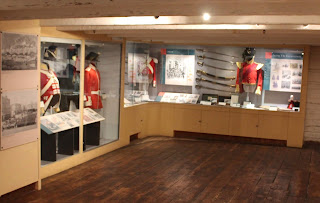 This book is probably more of a spy novel, but a great read none the less. The next in the series is 'Invasion', which I assume will move onto the main battles of the war. I will not be able to resist getting a US army for the tabletop. Here are a few British regulars for now. 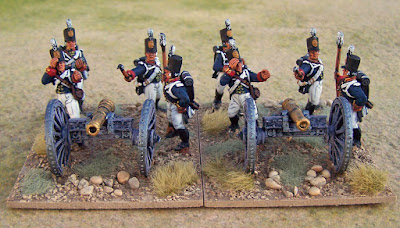