To the Strongest! - Wars of the Roses

Inspired by my reading of Trevor Royle's book, I have been expanding my 15mm figures for the Wars of the Roses. My wife, who is from Yorkshire, is convinced this is just a wind-up! I thought I would just need a few elements as I already have plenty of medieval figures.

A small order to Peter Pig, and off we go. A typical retinue with Billmen and archers in equal numbers. 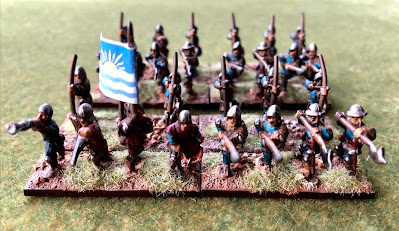 Then onto the tabletop for a game of To the Strongest! This highlighted that, in fact, I don't have enough figures. Another big downside of the pandemic is that you can't just paint one army and roll up to play a game at the club. Particularly for the Wars of the Roses when you need two similar armies for a game over Zoom. So, you may notice a few unlikely units being deployed to pad out the numbers in this game. 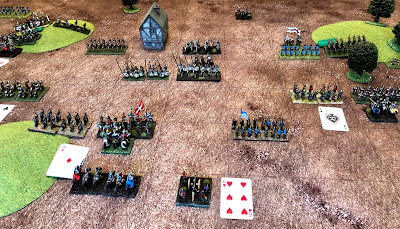 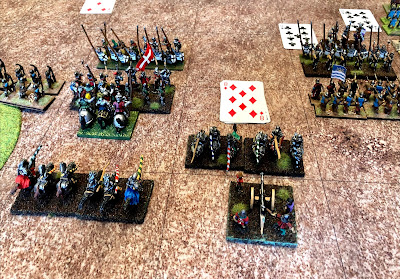 So, back to the painting table. Another unusual feature of the Wars of the Roses is dismounted knights, including command elements. Peter Pig do some lovely character figures, including the knight holding a decapitated opponent. An illusion of Richard III's fate, but these wars were pretty savage compared with some of the preceding conflicts. 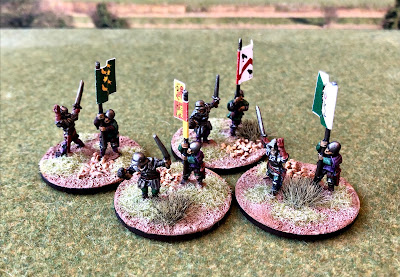 Then some dismounted knights and more archers. The knight supporting his wounded comrade is a nice touch.

I have another unit of billmen and archers to do, and that will do for now. There is a new version of L'Art de la Guerre coming out next month, so I should be able to field two armies for the playtest by then.