In Search of the Real Dad's Army

This coming Saturday is the first Scottish wargame show for a very long time; Carronade at Falkirk. Andy McGeary and I are putting on a game for GDWS based on the Home Guard and Operation Sea Lion, the planned invasion of Britain in 1940. We had planned it for last year's 80th anniversary, but Hitler did plan to return the following spring, so we are not too far off.

My background research included Stephen Cullen's book 'In Search of the Real Dad's Army', which separates fact from fiction. There are also the two Bolt Action supplements for the campaign. 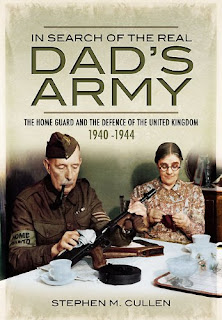 On 14 May 1940, the Secretary of State for War Anthony Eden announced the formation of the Local Defence Volunteers (LDV). They would be given a uniform (initially an armband) and armed (mostly civilian weapons) but not paid. 250,000 men between the ages of 17 and 65 signed up in seven days, and the LDV grew to 1.5 million by July, when it was renamed the Home Guard. Women formed some unofficial units late in 1940 but otherwise were limited to non-combat roles.

Their function was to defend places of tactical importance, man roadblocks, and observe the enemy. However, most thought their role was to hunt down the parachutists and ‘fifth columnists’ of popular media imagination. Equipment improved with the purchase of Enfield rifles from US stocks, with BARs and Lewis Guns. A wide range of improvised vehicles were developed, including the Armadillo armoured truck. Formal military ranks were introduced in November 1940. 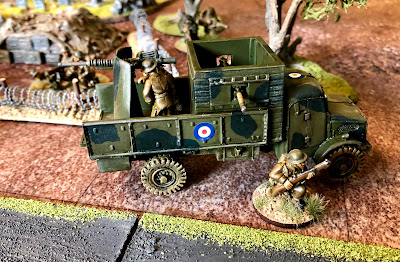 On 16 July 1940, Hitler issued Führer Directive No. 16, preparing for a landing in Britain. The code name for the invasion was Seelöwe (Sea Lion). It was subject to four pre-conditions, including the destruction of the RAF and clearing and securing the Channel. The initial plan was for a broad front across the south coast. However, the Luftwaffe and Kriegsmarine argued for a narrow front that could be defended. The first wave would consist of nine divisions landing on the Kent and Sussex coast, plus a single airborne division.  The defence plan envisaged a ‘crust’ on the coast, supported by several stop lines (with anti-tank obstacles) and a mobile reserve.
Cullen starts with an overview of the formation of the Home Guard during the crisis period in 1940 and 1941. After that, the Home Guard developed into many roles that freed up regular units for combat roles with better equipment and training. Churchill was satisfied soon after the Battle of Britain that an invasion wasn't feasible. So much so that he released an armoured division to the Middle East.
The rest of the book looks at the men and women that served in the Home Guard and how they were equipped in more detail. There were geographical differences between urban and rural units (which included mounted infantry) and between Scotland and England. The Home Guard in Northern Ireland was different again due to the political tradition of citizens' defence and the land border with the Republic. The Home Guard included young men waiting for call up, women and 'enemy aliens', including many Jews who had escaped from Germany. Spanish Civil War veterans trained the Home Guard in 1940, despite the reservations about their politics! The book includes several personal histories.
The Home Guard was disbanded after the war, but the book deals with its legacy and its treatment by historians and popular culture. Most people in the UK know about the Home Guard thanks to the BBC comedy series Dad's Army that ran to eighty episodes from 1968 to 1977. It averaged 12 million viewers a week and is re-run regularly today. It was pretty accurate in terms of uniforms and equipment but reflected the early years of improvisation rather than those later units. It's a comedy series, not a documentary.
I have been dusting down my figures for Saturday's game. Andy has more figures and some great scenery. Hope to see at least the Scottish contingent there.