I was considering what medieval army to take to the club on Sunday for a game of To the Strongest! Then, I remembered that I had recently scanned my pre-digital photos of a tour of the Teutonic Knights castles in the Baltic States in 1994.

I went in the summer, which unusually wasn't the campaign season for the Teutonic Knights. Iced over rivers and lakes made the winter a better option. This picture of the Sigulda region gives a good impression of the terrain. 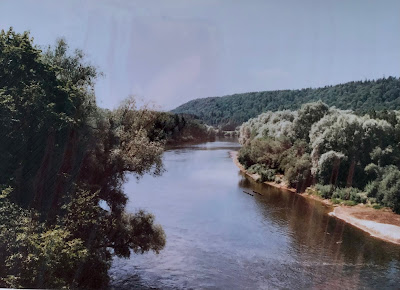 And the local castle. 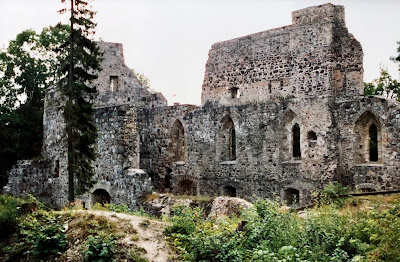 There weren't many tourist signs back in 1994, so finding castles was a bit of a challenge. You usually just look up, but many Teutonic Knight castles were on river edges. Turaida is an exception to this rule, but again the terrain won't have changed much. 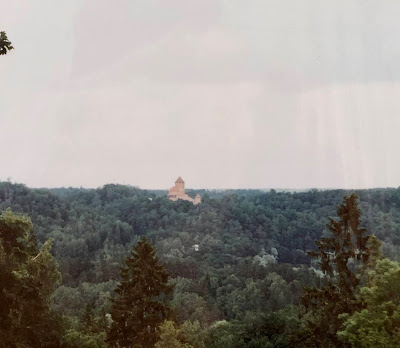 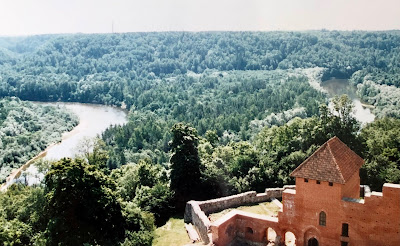 This is Bauska castle in modern-day Latvia. It was built by the Livonian branch of the Teutonic Order. Unfortunately, it was blown up by the Russians during the Great Northern War. 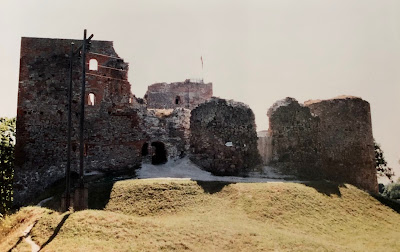 This is Cesis Castle in Latvia, one of the better-preserved castles. This one was blown up by the defenders being besieged by Ivan the Terrible. Well, you might consider this as the lesser of two evils! 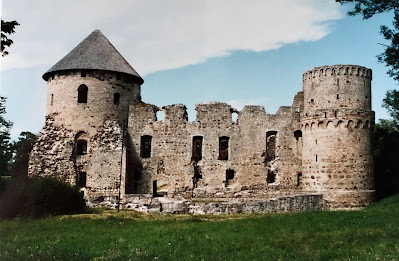 Koknese Castle is a good example of a riverside castle. I remember driving into many a Soviet housing scheme trying to find this one. Much to the bemusement of the locals! 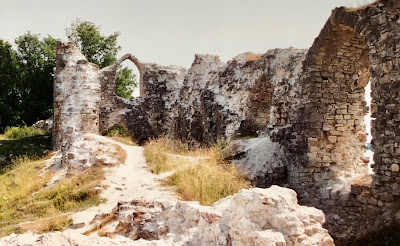 This is the Bishops Castle, which was also blown up by the retreating Russians in the GNW. They must have used a lot of powder doing this. 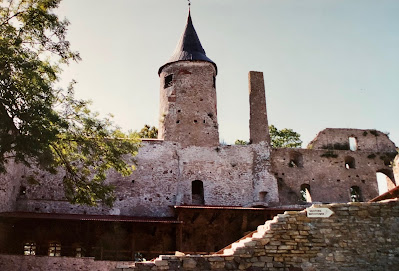 I finished the tour in the Estonian capital Tallinn, which has magnificent city walls. This tower is called Pik Hermann. 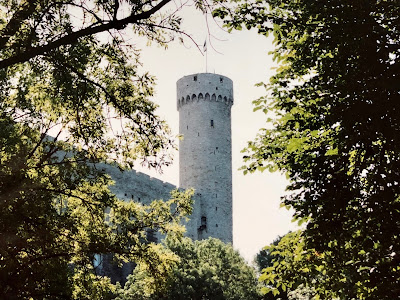 This one is called Neitstorn. 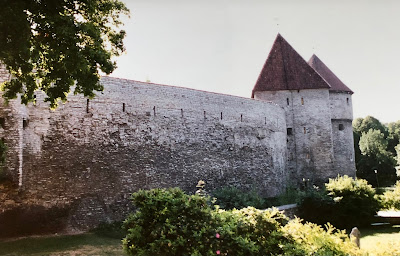 As for the tabletop battle, my mother warned me against playing card games, and she was right. One unit of knights bounced out of a flank attack, another failed three rallies on the trot and my Livonian horse archers, far from galloping around the flanks of the more static HYW French, dawdled without firing a shot. There was more, but you get the drift. 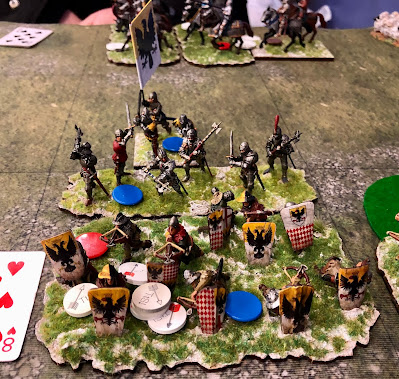