One of those ‘on this day’ tweets reminded me that the siege of Bataan started at this time in World War Two. Over the holidays I had been sorting out some old pre-digital photo albums, including my trip to the Far-East in 1993.

The Battle of Bataan was fought between 7 January and 9 April 1942, after the Japanese invaded Luzon along with several islands in the Philippines. General Douglas MacArthur, consolidated all of his Luzon-based units on the Bataan Peninsula after the original beachhead defensive plan failed. By this time, the Japanese controlled nearly all of Southeast Asia and the Bataan peninsula and the island of Corregidor were the only remaining Allied strongholds in the region. Filipino and American forces engaged in a fighting retreat southward that ended on the fortress island of Corregidor on 9 April. The delay cost the Japanese valuable time and prohibited immediate victory across the Pacific.

While I was in the Far-East I visited the Philippines and the island of Corregidor, which has a museum and well preserved fortifications. 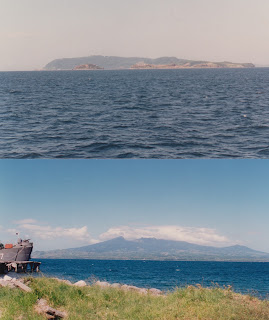 The top picture is Corregidor and the bottom the Bataan peninsular 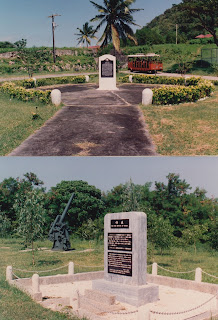 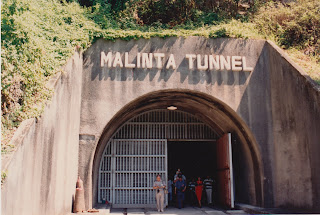 The Malinta Tunnel that goes under the rock at Corregidor and housed the army HQ, hospital and other services 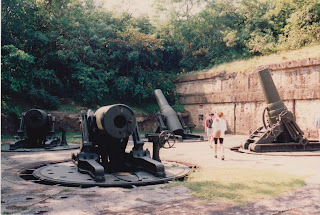 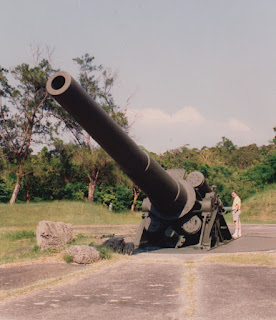 Battery Hearn. Its 12" WW1 era gun had the longest range  and engaged in counter battery fire right up the peninsular 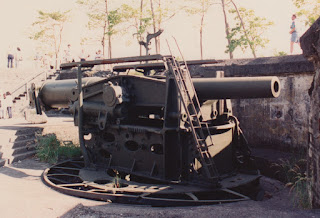 No US or Filipino figures my collection, but I do have these 28mm Japanese.