Pancho Villa and the Mexican Revolution

This year is the centenary of Pancho Villa's raid on Columbus, New Mexico, the last invasion of the USA by foreign troops. It sparked a punitive expedition by US troops led by General Pershing, with actions at Parral and a larger battle at Carrizal on June 21 1916. The American forces failed to capture Villa, but they did keep him out of trouble and gained some useful, if not exactly comparable, combat experience before they shipped out to Europe.
Osprey do the attack on Columbus and the consequences in their Raid series. 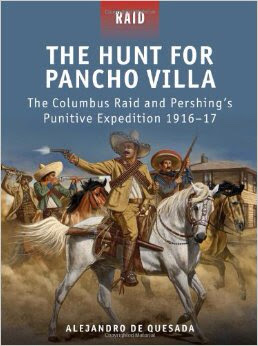 This title gives you a brief background to the raid, the action itself and the details of Pershing's expedition. Villa was a hero and military genius to some and a common criminal to others. The author's view is that he was somewhere between the two.
This action led me on to a more detailed look at the Mexican Revolution. Again Osprey provides the basics with their Elite series ' The Mexican Revolution 1910-20'. 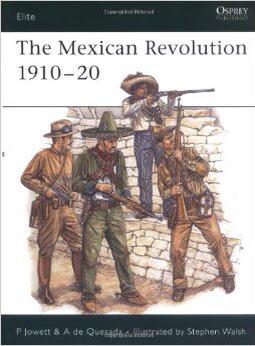 The Mexican Revolution began as a movement of middle-class protest against the long-standing dictatorship of Porfirio Diaz (1876-1911). The first uprising was led by Francisco Madero who was elected President in October 1911. After that there is a complex series of rebellions and coups. There is a good summary by Alan Knoght at History Today.
Villa became a serious player in the conflict because his Division of the North was an effective military unit, at times closer to an army than a division. In 1914, allied with another faction, the Zapatista, he captured Mexico City. However, in the end the Constitutionalists, led by Alvaro Obregon, triumphed using modern tactics and equipment. Villa insisted on frontal cavalry charges against entrenched opposition, who by 1915 had learned the lessons of the Western Front. The raid on the USA was something of an afterthought, probably aimed at securing weapons and supplies. Villa accepted an honourable retirement in 1920, but was assassinated on Obregon's orders in July 1923.
The attractions of the period are colourful characters like Villa and Zapata and exotic troop types. Think westerns with machine guns, artillery, a few armoured vehicles and aircraft. My favourite is the tactic of loading a train with dynamite and percussion caps and sending it unmanned in a town to cause chaos before the attack. Railroads were absolutely key to the conflict.
For the US forces, Osprey also do 'The US Army 1890-1920' in the MAA series.
This does appeal to me - just a decision as to scale. Bolt Action in 28mm was my first thought, but perhaps a few more figures in 15mm.
Must finish those Napoleonics first though. Inspired by a very good weekend of gaming at our club's Open Day. We refought the Battle of Fuentes de Onoro in 28mm using Black Powder. Another option for the Mexican Revolution - Viva Villa! 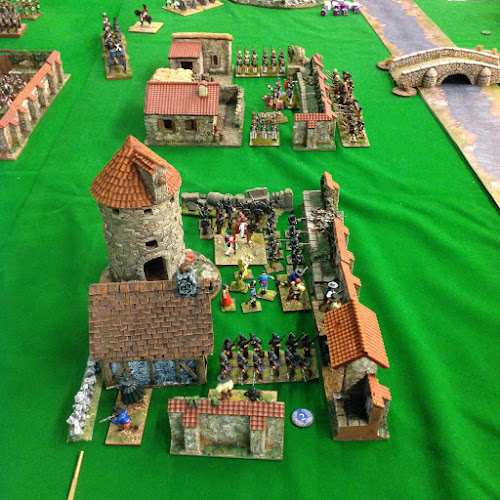