Another fill in job completed on the early war Germans in 15mm with some more rifle teams. I was thinking about a Seelowe Nord scenario, when it occurred to me that my Nomonham 1939 Russians would also work for a Barbarossa scenario.

This month's Miniature Wargames offered a suitable scenario, based on an 1809 battle. The essence of the scenario is a ridge at one end of the table as an objective. However, half way across the table is a river with two crossing points. So the Russians have to decide how much of their force to commit at the river crossings and the Germans where to direct the Schwerpunkt. The game was played in 15mm using Flames of War rules. 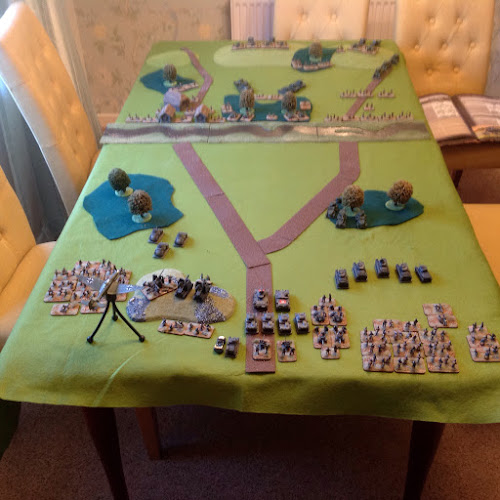 The Russians decided on a forward Defence with an armoured reserve behind the wood and artillery on the ridge. The Germans dummied to the left crossing but put in the main effort on the right. 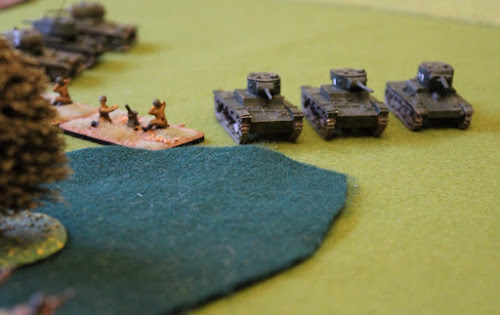 The Germans force their way across the river but lost a lot of armour. Must remember how light early war German tanks are! 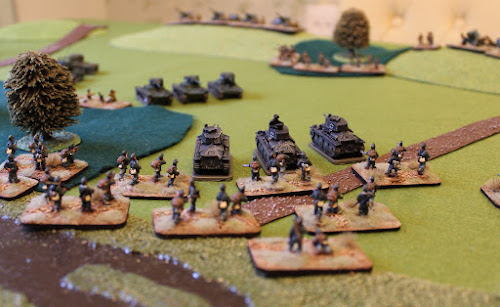 Would never have got there without priority air support from the Stukas. 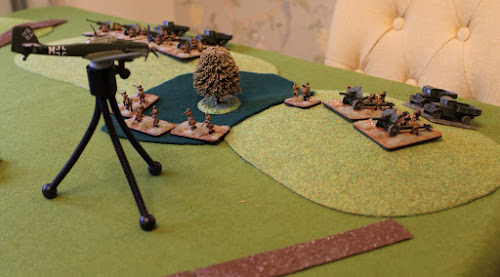 This is a good scenario for a range of periods. The Miniature Wargames article includes ancient, horse and musket as well as WW2. A good end to my holiday gaming - back to work tomorrow!