My latest project has been to build a Turkish WW2 platoon for Bolt Action. With nearly a thousand points on the table, that will do for now. Or at least until some new shiny toys come along that I can convert.

First up are the infantry squads. These are the better-equipped units, mostly with the French helmet, wearing the winter uniform. I did the 15mm army in the summer uniform. The helmet figures are converted from the Crusader Miniatures French Dragon Portes and the figures in caps from Great Escape Games Romanians. 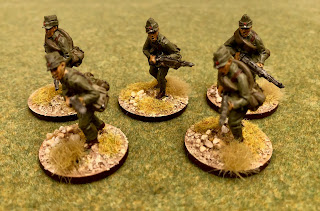 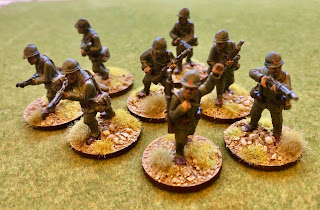 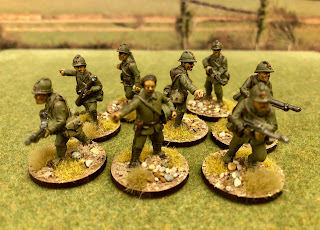 Then the support weapons. HMG, mortar and 25mm ATG. Again converted Dragon Portes. These figures are in the shorter tunic without the ubiquitous French greatcoat and limited kit. So are ideal. 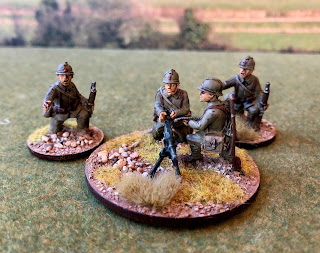 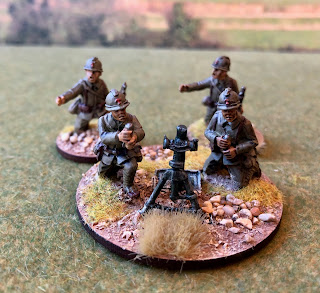 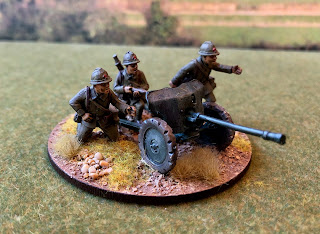 Finally, the armour. I have a T26 for an early war army, so I have gone for the 1943 additions provided by the British under Operation Hardihood. These are Butlers 3D prints of the Stuart, Valentine III and Dingo scout car. 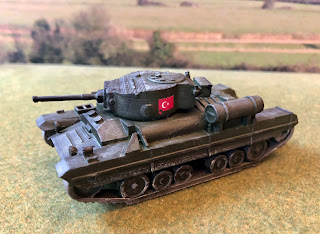 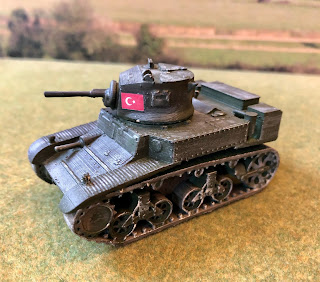 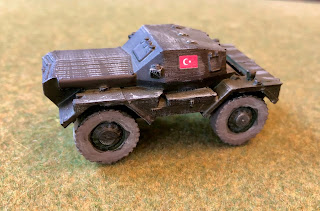 So, onto the tabletop for a game against the invading Germans. There was a German plan to invade Turkey called Operation Gertrud. I reviewed the excellent S&T board game of this last year.

In this scenario, the Germans have broken through the border defences in Thrace, and a veteran platoon is tasked with capturing a key bridge. A regular Turkish platoon has crossed the bridge and is ordered to hold the Germans off to allow Turkish reinforcements to group for a counter-attack. 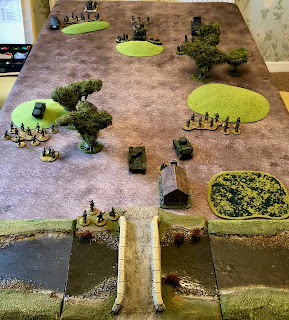 The tanks on both sides brewed up pretty quickly. The Germans used their infantry squads to work their way around the flanks. The right flank was halted, but the left flank managed to get around and capture the bridge - cutting what was left of the Turkish force.

I haven't played Bolt Action for a while and really enjoyed it. This is the army list in the unlikely event that anyone wants to have a go. 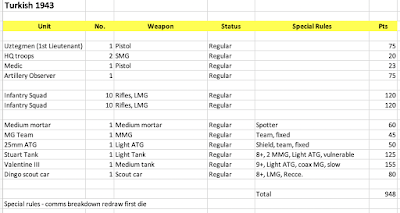