My latest project has been the Bulgarian Army of WW2, inspired by a new range of 28mm figures from Great Escape Games. They have created something of a niche with obscure WW2 armies, and it would be rude not to support them. I also played a very modest role in the process by providing pictures and sources.

Bulgaria did not join the Balkan Entente of 1934, not least because it had territorial claims on its neighbours that went right back to its modern creation after the Russo-Turkish War of 1877. Hitler offered territorial revisions to get Bulgaria into the Axis, and these bore fruit with the Southern Dobruja region coming from Romania. The German invasion of the Balkans in 1941 allowed Bulgaria to occupy parts of Yugoslavia and Greece with elements of a Bulgarian population. Throughout the war, Turkey was seen as a major threat, and the best elements of the Bulgarian and Turkish armies faced each other across the Thracian border.

The main function of the wartime Bulgarian army was as an occupation force in Yugoslavia and Greece. In Yugoslavia, this involved active participation in operations against the partisans. However, Bulgaria did not declare war on the Soviet Union and took no part in Operation Barbarossa. That neutrality did not save them when the Red Army arrived on their borders in 1944. When the Soviets invaded, Bulgaria switched sides and took an active part in the campaigns to clear the Germans from the Balkans.

At the outbreak of war, the Bulgarian Army was organised in four territorial corps with ten infantry divisions and 24 frontier battalions. Each division had 15,500 men in three or four three-battalion infantry regiments. These divisions were mostly equipped with weapons from the early First World War, mostly 75mm field guns with a handful of 105mm howitzers and mountain artillery. Anti-tank guns were the 20mm Solothurn, with some more modern Skoda 37mm. There were two rapid divisions, which replaced the cavalry, but ended up achieving neither the mobility of cavalry nor the armoured division’s punch. Tanks included a handful of CV/33 and Vickers light tanks.

Bulgaria was low on the German supply priority because it wasn't fighting on the Eastern Front. However, they did provide 36 Skoda LT vz.35 tanks. Later under Plan 43, they provided STUG III Pkw IV and Sd.kfz 222 armoured cars. They also received captured French artillery and 37mm and 50mm ATGs. The biggest shortage was in motor vehicles, with typically only 40-50 per division. These were probably adequate for the defensive roles allocated to the Bulgarian Army, but mobility would have been a challenge if Operation Gertrud (German invasion of Turkey) had been implemented.

Great Escape Games sell their models as units or in packs. I went for enough models to field a couple of rifle squads for Bolt Action. These come in helmets and caps. The uniform is described as Chocolate Brown, but as usual, it appears to have had several shades. I sprayed mine chocolate brown for a base coat and then added a lighter brown for the second coat. Then applied a wash and highlights. Hopefully, that captures the variations and wear and tear. Officers had a grey overcoat. 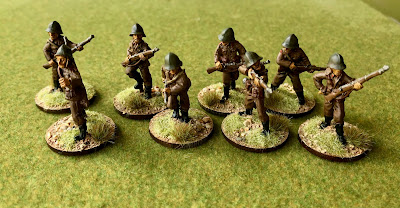 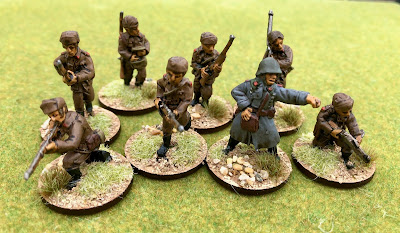 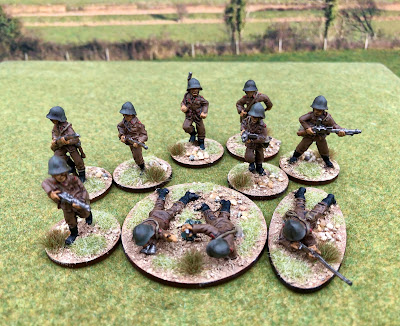 Then the usual support weapons including HMG, 81mm mortar and a sniper team. 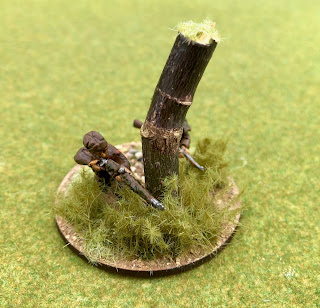 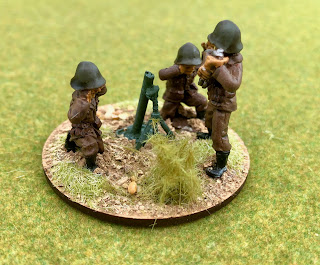 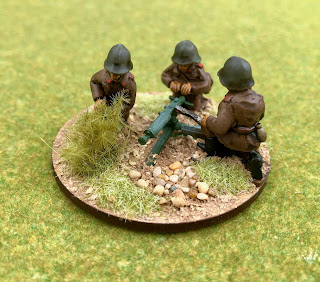 Finally, a Skoda tank and 50mm ATG. I'll use one of my German Sd.kfz 222 for the armoured car. The models come from the Butlers range. 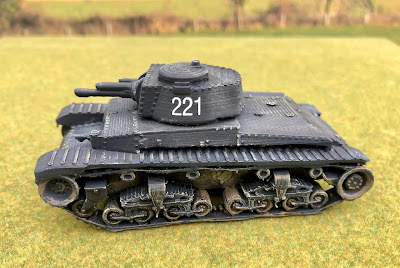 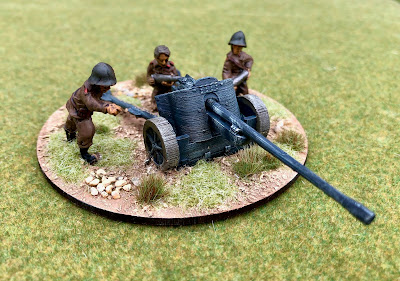 For further information, the Bulgarian Army is covered in the Osprey 'Axis Forces in Yugoslavia' title. For more detail (and I mean detail), there is the fabulous work of Kaloyan Matev, both on the armoured forces and his campaign study 'Red Wind over the Balkans'. He also wrote a much earlier Osprey type booklet back in 2000, with nice colour plates. If you are in Bulgaria, I highly recommend a trip to the Military History Museum in Sofia, which has a fine collection of armoured vehicles.