The Battle of Kokkina

Full marks in the obscure battle stakes for those readers who had even heard of this battle! It is also called the Battle of Tillyria (the wider area) or the Erenkoy Resistance (the main village and last stand). The battle took place between April and August 1964 in northwest Cyprus between the attacking Greek Cypriot National Guard and the defending Turkish militia (TMT). It briefly reignited in 1974 during the Turkish peace operation/invasion. This book is an annotated translation by Nejla Clements of her uncle, Fadil Elmasoglu's diary. He was an active member of the TMT (referred to as the Teskilat, which means 'organisation') and fought throughout the battle. 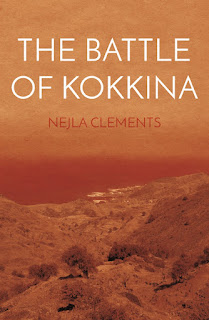 As always with books about the Cyprus conflict, there are few objective neutrals, and this is written entirely from the Turkish perspective. After independence, the Greek Cypriot President Makarios sought to change the constitution favouring the Greek majority. This led to years of sectarian conflict, which resulted in the Turkish minority being largely bottled up into enclaves, of which Kokkina was one.

The TMT turned to Turkey for training and weapons. Uncle Fadil had experience as an auxiliary police officer during British rule and knew how to handle weapons. The Turks primarily supplied their WW2 stocks of British supplied weapons, so he knew how to handle Brens, Sterlings and Lee Enfield rifles. He also worked as a miner which helped with gaining and handling explosives.

Kokkina was a vital harbour for smuggling weapons from Turkey to the TMT. Initially, small arms, but later, infantry support weapons including mortars, bazookas and recoilless rifles. Amazingly, the early trips were done by rowing boats and only later by ships. The Greek Cypriot National Guard acquired patrol boats from the Soviet Union to counter this. As tensions rose in 1964, student volunteers arrived from Turkey to reinforce the local militia, surrounded by the National Guard. The UN troops attempted to keep the peace with limited success.

Fadil says the TMT had 500 fighters when the National Guard attacked. He claims the Greeks had 20,000 men, which is clearly something of an exaggeration. However, they certainly outnumbered the Turks and had heavier weapons, including 25 pounder field guns and armoured vehicles. The Greeks gradually pushed the Turks out of the outlying villages forcing them back to Erenköy. Casualties on both sides appear to have been low, indicating a low-intensity conflict with both sides well-entrenched into the hilly terrain. Turkey intervened in August 1964 with air attacks on the Greek positions and surrounding villages, which did result in severe casualties and took out the Greek armoured cars. Consequently, the Greeks withdrew, although they maintained a blockade, which was only partially lifted.

This remained the position until 1974 when the Greeks attacked again after the Turkish armed forces landed in Northern Cyprus. However, the quick Turkish victory meant the attacks were called off, and Kokkina remains a Turkish enclave to this day.

The book is essentially a day by day diary supplemented with details of Uncle Fadil's personal life and his comrades. The battle itself is covered in some detail, albeit from the Turkish side. There are plenty of period photos, including those who fought and died in the battle. This book won't be for everyone, but it is an important primary source in English if you are interested in the Cyprus conflict.

I haven't painted the Marmon-Herrington armoured car or the infantry yet in my 20mm project. The photos in this book will help when I reach that stage.