The Threat in the Adriatic

This is the seventh book in Roger Burnage's Merriman Chronicles, a series of historical fiction books set in the Napoleonic Wars. Unsurprisingly, I bought this one because of the title and setting. However, the actual historical actions by the British Adriatic Squadron, led by Captain William Hoste, are more incredible than any work of fiction. He defeated a much larger French fleet at the Battle of Lissa (Vis) 1811 and captured Split, Kotor and Dubrovnik. 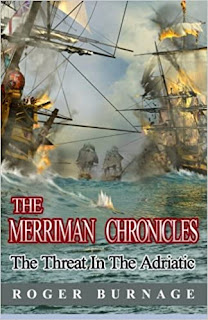 Our hero in this book is Sir James Merriman, who commands the 74 gun ship of the line, Thunder. He is dispatched to the Adriatic via Gibraltar and Malta to support a spying operation in Italy. The Admiralty is particularly concerned about the French building ships of the line at Venice. He sinks some French frigates in an action en-route.

When he arrives at Lissa, he effectively commands the Adriatic Squadron as the senior captain, eclipsing Hoste. However, he does bring much needed naval supplies. 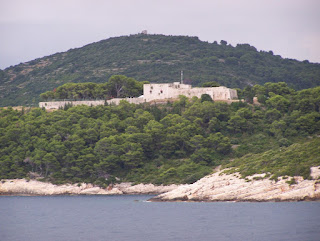 This is Fort George situated near the entrance to Vis harbour today. Preserved by the local trust.

While Hoste continues to harass the French outposts in Italy and Dalmatia, Merriman lands his spy near Venice and discovers that one of the French ships is nearly ready. The book concludes with a naval action, but I won't spoil the story.

I used to read a lot of Napoleonic naval fiction, C.S. Forester, Patrick O'Brien and Alexander Kent in particular. The problem I have is that they love to give the reader the full benefit of their research into the daily life onboard ships of the period. Dan Snow's History Hit has just brought out an excellent video on this. While I appreciate the research, it can make for a slow pace read. This book is frankly pedestrian.

I love the setting, but I'm afraid I won't be reading the earlier books.

Frigate actions in the Adriatic are ideal for Black Seas, a ruleset that has reinvigorated my interest in naval warfare of the period.