Got my new bases for Blucher on the Wargames table at last. 1809 Austrian against French. Austrian's won, which makes a change. I am convinced that most Napoleonic rules have a built in bias in favour of the French!

I used the download from Sam's site for the Austrian cards, but in future I think I will just use the roster sheets. Easier to refer to once the figures are on the table. 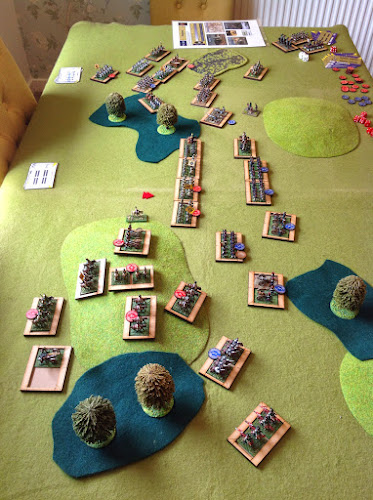 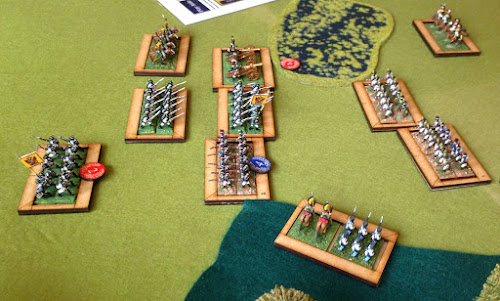 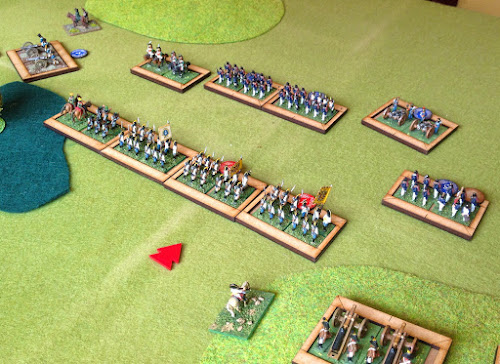