My exploration of Blucher continues with, unsurprisingly, my first Balkan battle. Ottomans against Russians.

All my 15mm Napoleonic armies are based for Principles of War and that poses few problems for my sabot bases. However, irregular troops in PoW are based on a 90mm frontage, so out came the saw to hack through enough MDF to rustle up a 200 point army.

I organised them into four 'corps', two infantry and a left and right wing cavalry corps. The cavalry held up the Russians but struggled to beat either their cavalry corps or the right wing infantry. However, Ottoman infantry more than held their own and sent the Russians packing. You need some cover for the provincial infantry, but the Janissaries, skirmish plus shock trait makes them quite effective when used properly. 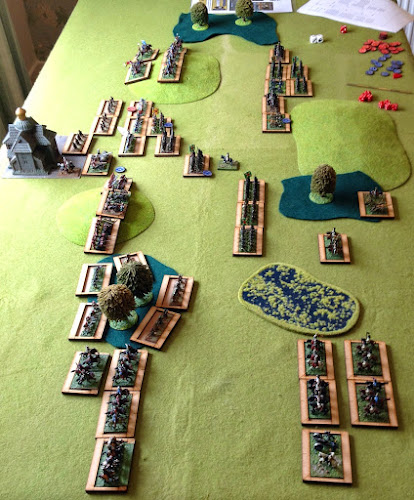 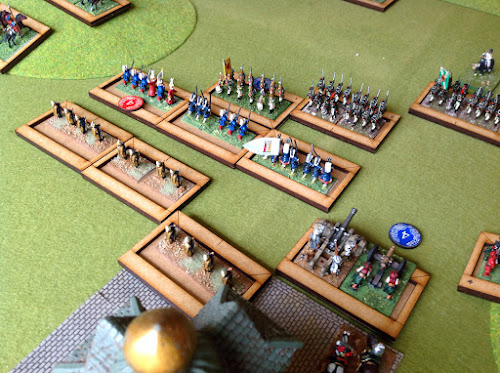 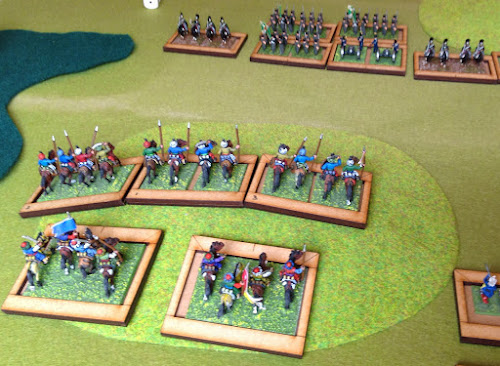 At the club on Sunday I also got a chance to use my British, in a 250 point bash againt the French. I think 250 points is about right for a 6 x 4 table, it gives a bit of room for manoeuvre rather than lines of cards with a 300 point game. The British are quite small corps anyway, although of high quality. The Wellington option is expensive, but it's very useful to be able to see your MO dice. 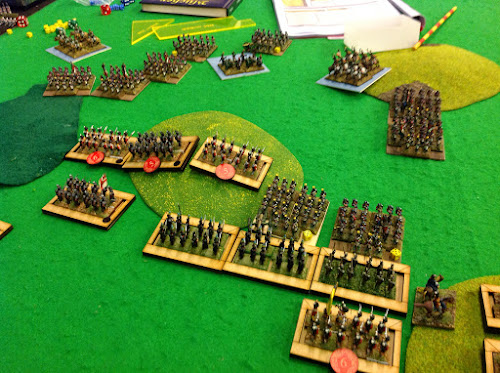