A short break after Easter with my partner was an opportunity to revisit parts of the West Highlands that I haven't been to for some years. Naturally this included a few castles en route.

Castles in the West Highlands are generally not large because they lacked a substantial mainland economic base. They were usually on the coast because you got around by galley, or Birlinn. The waterways around the islands were the equivalent of our trunk roads and provided a useful source of revenue in the form of 'tolls'. Mind you the Islesmen had a few more persausive tax raising mechanisms than the modern day tax authorities!

While the remains of Ardtornish castle are not the best preserved, its position is possibly my favourite place in Scotland. Situated on the Morvern coast, a pleasant walk from Lochaline, it dominates the Sound of Mull. No doubt this was a strong factor in the Lord of Isles deciding to build here and it became a principal seat of Clan Donald in the 14th and 15th centuries. 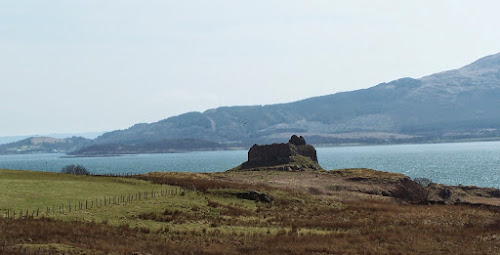 And on cue, along came a modern day galley in the form of the islands ferry. 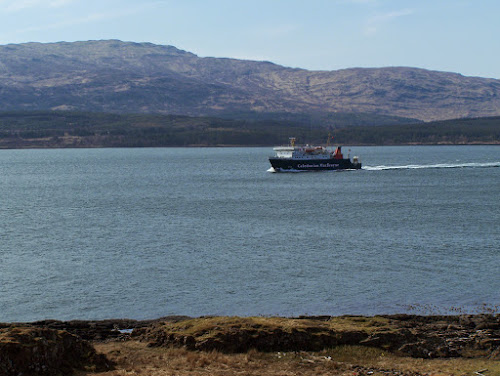 Nearby is the rebuilt 12th century Kinlochaline Castle at the head of Loch Aline. The castle was burned in 1644 by Alasdair MacColla during the civil wars. 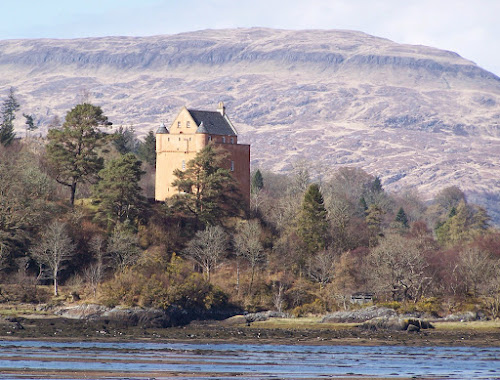 Next, the more recognisable sight of Castle Stalker in Appin, one of Scotland's picture postcard castles. The Stewarts built the castle in its present form around the 1440s. However, they lost it in a drunken bet around 1620 to Clan Campbell. It changed hands a few times between these clans after that, including one significant battle on the coast nearby. Finally abandoned and then restored to its present fine state. It featured in Monty Python and the Holy Grail for those who have never been, but think it looks familiar! 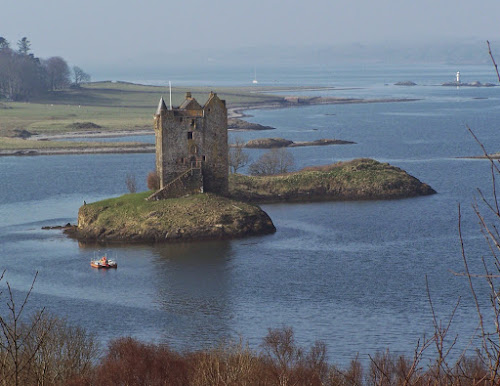 Bit out of the way this one, but worth a look is Barcaldine Castle, further down the Appin Coast. Built between 1601 and 1609 by another Campbell, it's now a luxury B&B. 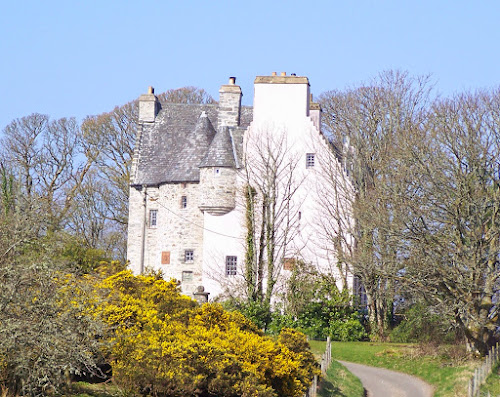 And finally, the magnificent Dunstaffnage Castle near Oban. Built by the MacDougall lords of Lorn in the 13th century, but like much else in this area taken over by the Campbell's. 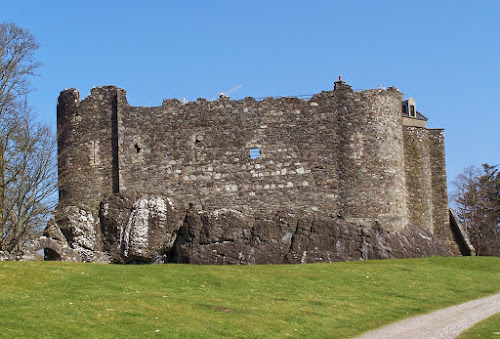 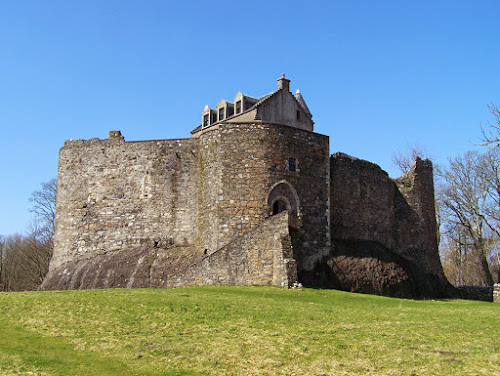