Images of War: Battle for Greece and Crete

Any book with the title 'War in the Balkans' is likely to have me reaching for my wallet and this was no exception.

The series 'Images of war' from Pen and Sword had passed me by until I saw this title, which covers the battle for Greece and Crete 1940-41. Each chapter has a potted history of a section of the campaign, rarely more than 4 pages. The strength of this series is the use of rare photographs from wartime archives. In this case mostly from German, Australian and British sources. This means the section on the war in Albania is a bit light, but the German invasion period is excellent. 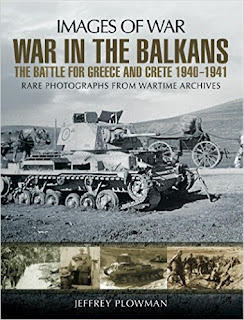 Lots of pictures of the A10 cruiser tank, including one of close support version. I've always liked the look of this tank although it had a shocking record for mechanical reliability. The British lost more to track failure than German gunfire.

A few other gems include captured Yugoslavian Renault R35's and a Skoda T32 tankette that I hadn't seen before. Lots of photographs of Marmon-Herrington armoured cars that served with the New Zealand Divisional Cavalry.

There are also a few pictures of Vickers Light tanks, including those that defended Crete. Just the job, as I picked this one up at Albanich last Saturday! 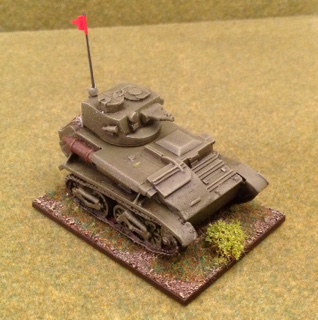