The Dardanelles and Salonika 1916

2015 was the centenary of the Gallipoli campaign, although the final evacuation took place in 1916 and the naval campaign went on until the end of the war.

The naval campaign is covered well in my Easter reading of Dan Van Der Vat’s ‘The Dardanelles Disaster’, which looks not only at the naval actions, but also the political and land actions as well. I read his story of the Goeben’s escape to Turkey in ‘The Ship that Changed the World’, some years ago, and very good it is. His essential thesis is that by embroiling Turkey into World War 1, the war went on for two years longer than it might otherwise have done. 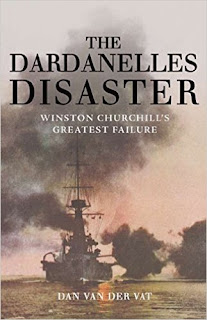 Moving on to this year’s WW1 Balkan centenaries, we have the allied advance out of Salonika leading to the British led campaigns at Dorian and in the Struma Valley. The Struma Valley campaign provides some good scenarios for WW1 games that are manageable. As wargamers we are spared the attention of mosquitos, which were the abiding memory of British troops who served there according to memoirs. The British army newspaper was even called ‘The Mosquito’.

The French and Serbs, with some Italian and Russian support, successfully advanced into what was then Serbia by capturing Monastir. These offensives had the effect of forcing the Germans to shift troops from the Western Front, while Verdun was raging, to bolster the Bulgarian army.

I have covered these campaigns in a feature article at Balkan Military History. It will also be the basis of the GDWS display game at the Carronade wargames show in Falkirk on 7 May. Lots of 28mm figures in a pretty open WW1 game, at least by 1916 standards. 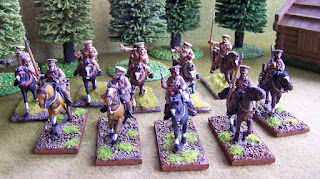 I will be covering some of the physical ground this summer on a trip to Macedonia. So expect plenty of photos of what’s there to be seen, although I will also cover the WW2 campaigns over similar ground and a bit of ancients as well.
Posted by Balkandave at 12:28