On my way to watch some cricket at Old Trafford, I stopped off in Clitheroe to see the castle and then the Lancashire Fusiliers Museum in Bury.

The castle is a fairly modest tower built around 1186 by Robert de Lacy, but it dominates the market town and gives a great view of the surrounding area. The museum doesn't have much about the castle; the focus is on the social history of the area. The castle keep got bashed during the Civil War. 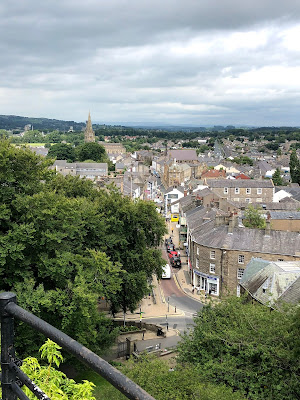 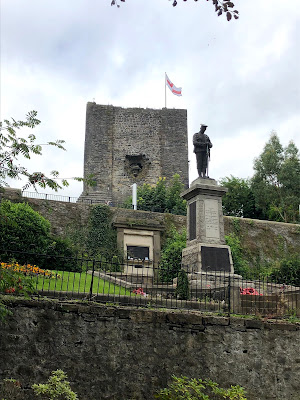 The next stop was the Lancashire Fusiliers Regimental Museum in Bury. Surprisingly, I don't think I have been here before. The regiment traces its roots back to 1688 and fought at the Boyne, Dettingen and Culloden. As the 20th Foot in the Napoleonic Wars, it was in Egypt and most of the Peninsular battles. The post-Crimean War Cardwell reforms saw the regiment move from the West Country to Bury.

One of its most famous officers was James Wolfe of Quebec fame.

A small section on the Napoleonic Wars. 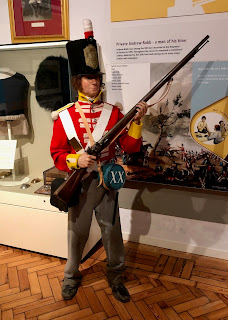 The regiment fought in the Boer War, including Spion Kop. I remember the grave trench dedicated to their losses when I visited the battlefield. 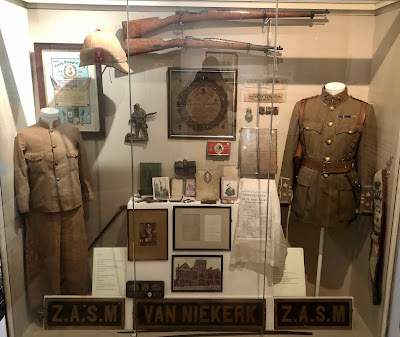 Another famous action was Gallipoli. There is an outstanding oil painting. A print of it was my purchase from the shop. 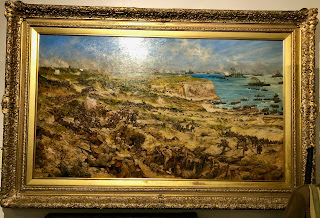 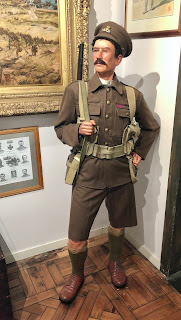 The WW2 section had a standard collection of weapons and equipment. Although I dont recall seeing a Japanese light mortar before.

In 1968 the regiment was merged with all the other fusilier regiments into the Royal Regiment of Fusiliers. The final section includes their modern roles. 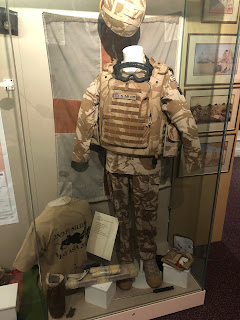 Well worth a visit. Very helpful staff as well.

On the morning before the game I walked to the nearby Imperial War Museum North. I am a bit of a traditionalist when it comes to museums, and I prefer more exhibits and less audio-visual. However, I accept it is trying to attract a wider audioence than old fogies like me! My previous blog on this is here.