Trimontium - The Romans in Scotland

It was my turn this week to choose the venue for our weekly day out. I choose Melrose in the Scottish Borders as it has plenty for my wife to see and has a new museum on the Roman fort just outside the town, Trimontium.

The Roman invasion of Scotland or Caledonia started in 79AD. After five years, they had defeated the tribes but never succeeded in turning the country into a proper Roman province. Trimontium (the place of the three hills) was in a key position on a natural mound above the River Tweed, and later the Romans built a road that linked the fort to Hadrians Wall and their main base at York. The garrison comprised around 500 cavalry, a fast reaction force able to respond to any threat in the area. The Trimontium Trust publishes a pamphlet that explains the history and how the fort was built. The local tribes included the Votadini and the Selgovae, and they occupied the nearby Eildon Hills and what is today Melrose. The Romans abandoned the site in the early 3rd century.

The small exhibition is based in the town centre and includes state of the art visual aids to explain the Roman presence and how such a fort operated. It includes some of the finds from excavations at the site, primarily the work of James Curle between 1905 and 1910. He published a book on his finds, which can be read online. 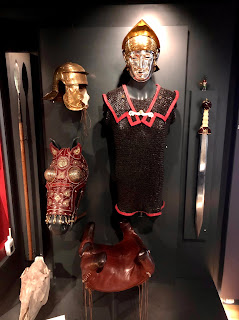 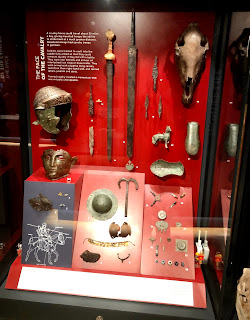 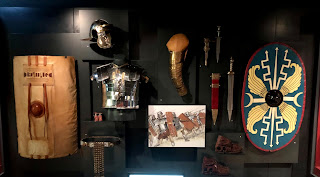 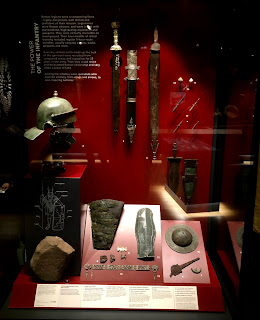 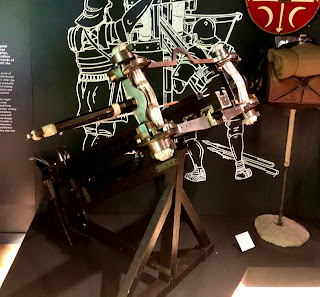 There is not much to see at the site of the fort. Air photography has identified around nine temporary camps as well as the permanent camp. 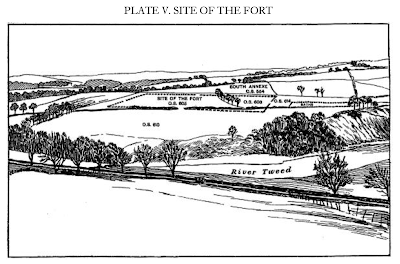 Melrose is a typical pleasant border town, an area often overlooked by tourists heading for the capital or the Highlands. It also has an abbey, which is worth a look. 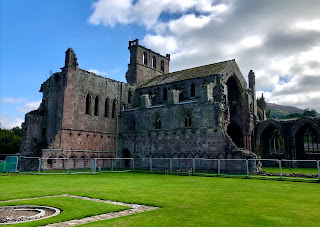 Also nearby is Abbotsford House. I included this in our itinerary for the gardens to keep my wife happy. This was the home of the great Scottish author Sir Walter Scott (Ivanhoe, Rob Roy et al.) I expected the excellent library, useful if only to tell my wife how much larger my own library could be! 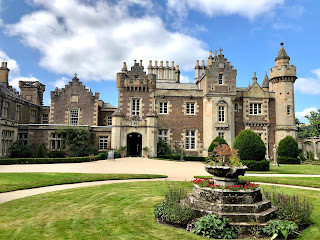 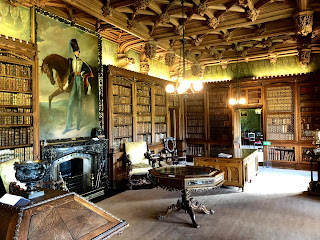 Although my wife is not convinced, I didn't realise that he had an amazing collection of weapons in his armoury. This includes a musket owned by Rob Roy and a wide range of swords and firearms worldwide. Scott died in 1832, so these are early and very rare pieces.

It's a bit of a drag from my side of the country to get to Melrose on abysmal borders roads, but worth the effort.