I have been in Cyprus this week. Some autumn sun and research for a future book. However, there were a few obligatory castle visits, much to my wife's delight!

The very best castle in Cyprus, by some distance, is St Hilarion. Perched on a mountain peak 720 metres up, it dominates the coastal plain around the city of Girne (Kyrenia). Originally a monastery, the Byzantines spotted the strategic potential and converted it in the 8th century. The Luisignans, during the Crusader period, strengthened it around 1228. However, it fell into disrepair under Venetian rule and saw action in the 1974 conflict when it was held by the Turkish militia (TMT). 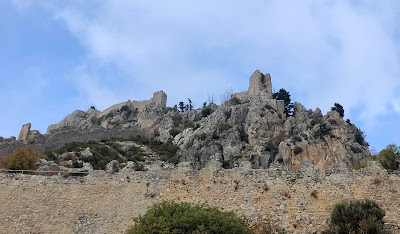 It's a fair old drive up a military road as the area is still part of a Turkish army camp. When you get to the entrance, be warned there are 450 steps to the very top. Although there is plenty to see at the different levels and to take a well-deserved breather. 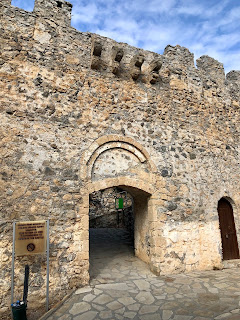 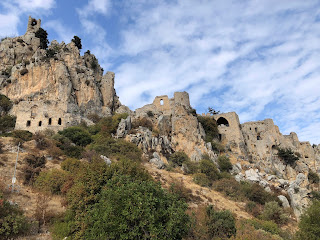 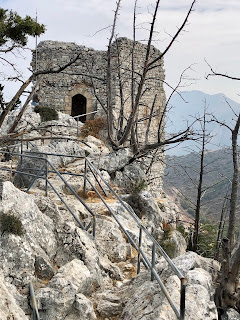 The above is Prince John's Tower, close to the top. He chucked several of his Bulgarian mercenaries out from it when Queen Eleanor convinced him they were planning to revolt. Part of a devious plan of her's to get revenge for his role in her husband's murder. Once brought closer to her, she had him stabbed to death.

The views are impressive. 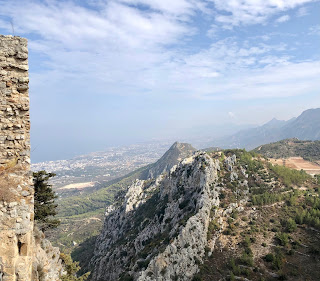 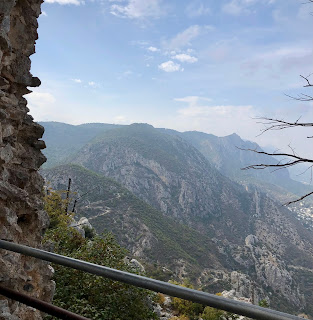 This is a long-range photo of the beach the Turkish forces landed on in 1974. Which emphasises the castle's strategic importance today. 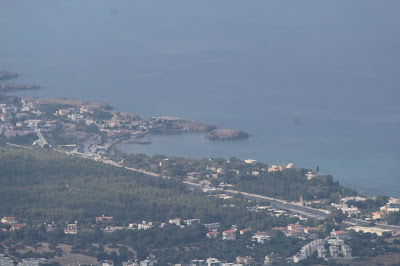 Reinforced by this photo of the castle from the coast. 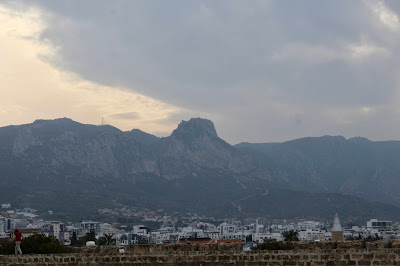 There are two other big castles in the Kyrenia Mountains, Buffavento and Kantara, which I didn't have time to visit. However, I did get down to Girne Castle, another Byzantine castle extended by the Luisignans. The Venetian commander surrendered it to the Ottomans in 1570 when they presented the head of his Nicosian counterpart! 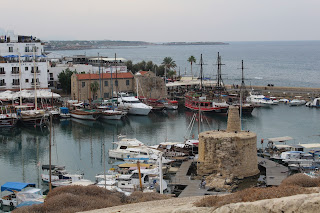 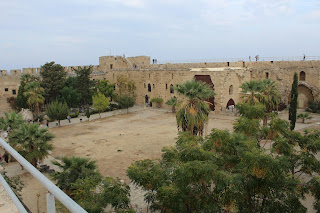 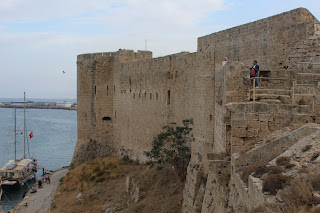 Travelling south, the Venetian walls of Nicosia are worth a look, although the views are limited by developments on and around them. 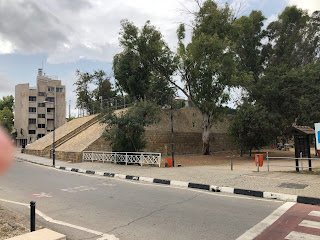 Then across the border into southern Cyprus. The castles here are modest in comparison.

Lemesos Castle was built by the Luisignans after Richard the Lionheart sold Cyprus to them, and he got married here. The Venetians rebuilt it after an earthquake and then destroyed it. It was then rebuilt again by the Ottomans. There is an interesting medieval museum inside. 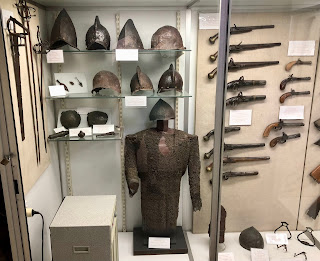 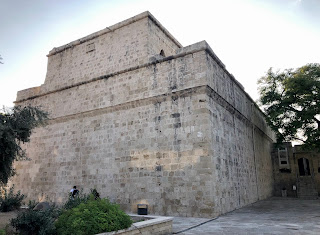 Just west of Lemesos is Kolossi Castle, built by the Hospitallers as their HQ on the island. This is probably the best castle in the south, but it is essentially a big square tower. 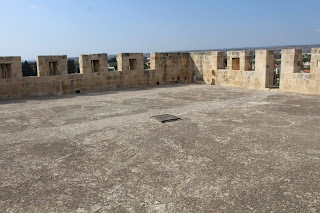 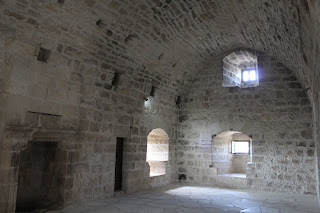 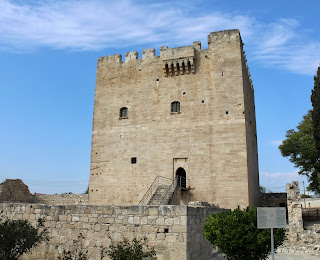 Nearby is Ancient Kourion. Not a castle but well worth a visit. 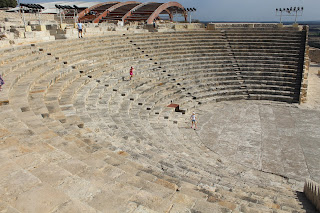 And finally, Paphos Castle. This was another Lusignan castle destroyed by the Venetians and rebuilt by the Ottomans. It guards the picturesque harbour. 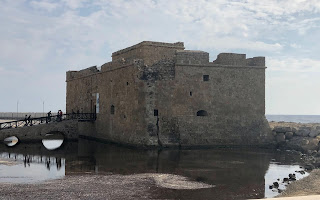 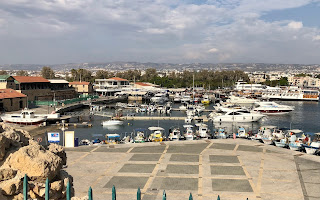 You will have gathered from this tour that North Cyprus is the best place for castles. It is challenging to fly from the UK and a logistical challenge to travel from the south. But well worth the effort.
Posted by Balkandave at 14:07