I had to meet a client in the Scottish National Gallery yesterday. I hadn't visited for several years and had forgotten that there are several items of historical interest. The National Gallery houses what I would call 'proper' art'. If you want modernist spray painting and the like, there is the gallery of Modern Art.

As you enter the gallery, the largest, visually stunning painting is of King Alexander III being rescued from the fury of the stag. Alexander III ruled from 1249 to 1286, so I am not entirely sure the dress is correct. However, that isn't the point, as this was a PR effort by Clan Mackenzie after their role in the failed 1715 Jacobite uprising. 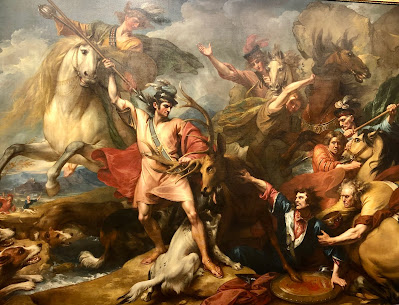 Then we have Sir John Sinclair of Ulbster, one of many paintings by the prolific Scottish painter Sir Henry Raeburn. He finished more than 1,000 paintings. Sir John is described as an 'agricultural improver'. What that really means is that he cleared people off his land and replaced them with sheep. A dark period of Scottish history is known as the clearances. He is pictured in a uniform of his own design as colonel of the Rothesay and Caithness Fencibles. Ironically a regiment that required men, not sheep! 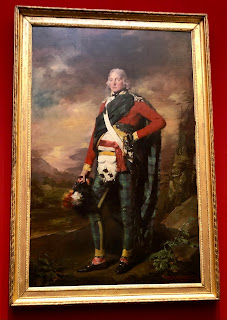 This portrait by van Dyck is of the Lomellini family around 1625. Giacomo was the Doge of Genoa, but they had a rule against portraits to prevent personal propaganda. What would they have made of social media! 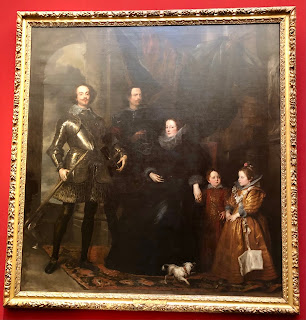 A bit of Balkan related interest with two pictures of Venice by Canaletto. Probably the most iconic images of the renaissance city. 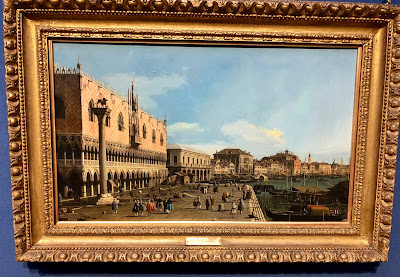 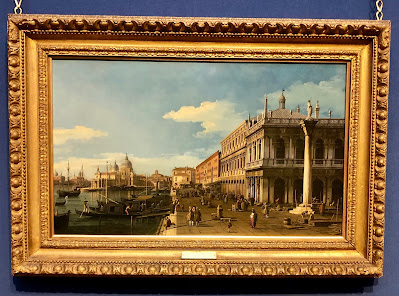 We have to include a Scottish castle. This is Dunnottar castle near Stonehaven as it looked in 1867. 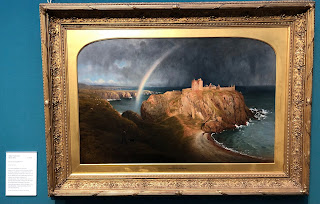 I wouldn't put the National Gallery on the list of military sites to visit in Edinburgh. But if you have the time, it is worth a look. Free admission as well.