This is a historical novel written by James John Loftus, set mainly in medieval Scotland during the reign of King Alexander II (1214-1249). 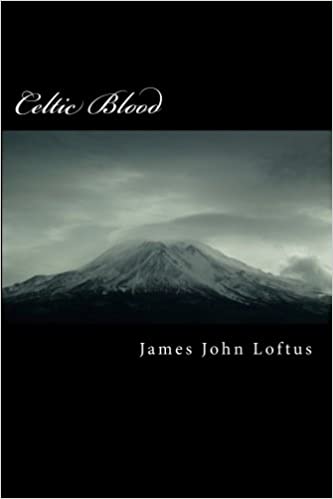 Our heroes are Seward, a Dane stranded on the Ross coast in the northern Highlands. he was taken in by the MacAedh clan (also spelt MacHeth), who became the more recognisable Mackay Clan today. He became a sort of squire to Morgund, the son of Kenneth Earl of Ross, who was killed, and the two were forced to flee south. The aim was to plead with King Alexander; however, they fled into England when they discovered he was behind Kenneth's death.

The author claims to have been influenced by the novels of Nigel Tranter, which attracted me to the book. Not that I don't have a long way to go with my own re-read of these! You can see the influence in his description of the journey over the mountains from Ross to Edinburgh. Although it was a little overdone for my taste.

In England, he gets drawn into the court of King John. Alexander had joined the rebels against King John, so, Morgund, a distant competitor for the Scots throne, was a useful asset. At this stage, you really need to know the period's history because the author does not help the reader with details of times and places. For example, our heroes get involved in these wars, but it's not precisely clear where and why. In fairness, there is a decent battle scene that does capture the confusion of a medieval battle.

Our heroes are then held by a Witch Queen and ritually abused. I found this chapter frankly absurd, adding nothing to the story. It was a relief in more ways than one when they escaped. When they arrive back in Scotland, they just happen to bump into King Alexander out hunting - as you do! But he didn't kill the King, which is just as well as Alexander historically had some way to go. Both our heroes ended up back in the north with Morgund's family.

I'm afraid I struggled with this book. Most of the storyline was OK, but it was often lost in events that moved some way from the main plot. It also needed an editor to address the grammar style and tie the various elements of the book together.

This period is quite popular in wargaming circles at present, with Footsore doing a lovely range of figures and their own rules. Sadly, this book didn't inspire me to get my figures for the period out. 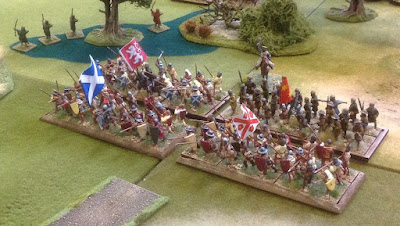