There has been a dearth of book reviews from me recently, largely because I have been working my way through Noel Malcolm’s latest work, ‘Agents of Empire’. Malcolm also wrote short histories of Bosnia and Kosovo, although the latter is controversial in pro-Serbian quarters. 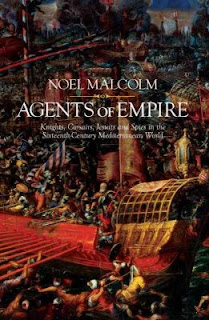 This is a big book in every sense of the word. It covers mostly the Adriatic during the second half of the sixteenth century, although the actors play important roles in the wider Christian and Ottoman worlds of the period. Instead of a straightforward narrative, the author tells the story of two Venetian-Albanian families, the Brunis and the Brutis, who held such diverse roles as an archbishop, galley captain, advisor to the Voivod of Moldavia and a dragoman in Istanbul. They were often the go-betweens for the empires as traders, slavers, diplomats and spies. This gives a complex, yet fascinating insight into the period and the Balkans in particular.

The research has to have been monumental, drawing on archives from across the region in at least ten languages. Yet despite the detail and the length, it is still a very readable book. The author’s stint as a journalist shows through.

The big events of the period, such as the Battle of Lepanto and The Long War between the Habsburgs and Ottomans, are not ignored. Not least because the families played important roles. However, my own favourite were the chapters on Moldavia, the shifting power struggles and impact of raiding in this borderland. Tartars and Cossacks as well as the Polish and Ottoman states.

This book will take over your reading life for a period, but it’s worth the investment. 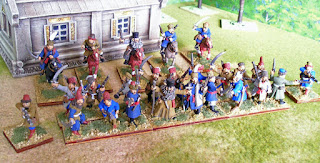