My blog on Warlord's 'Duel in the Sun', reminded me that I haven't dusted down my 10mm Western Desert armies for some while. I usually use Spearhead, but I have played a couple of games of 'Blitzkrieg Commander' in recent years. I had downloaded the very reasonably priced PDF set, but haven't really done much with them.

Blitzkrieg Commander can be played at different figure ratios, but a typical 2000 point army would give you a couple of tank units with infantry and artillery support. I used early war Italian and British battlegroups. 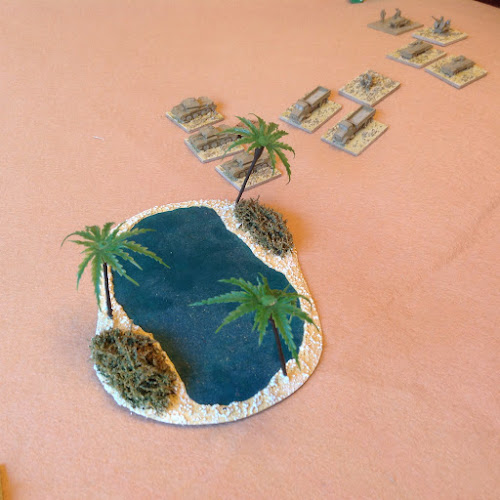 The focus is on the command mechanism, which is similar to Black Powder in that you have to roll below the command value to take an action, which can be movement or shooting. The difference is that you move or shoot once and then roll again at a minus one for eac successful action. You keep taking actions until you fail. At short range there is an initiative phase which allows you to take an action without a command role. It means that if you are lucky, you can take several actions a bound. However, just like Black Powder, you are just as likely to grind to a halt, just when you least want to.

The firing and close assault mechanisms are very straightforward with few modifiers. You very quickly remember these and even the QRF becomes redundant.

It does make for an interesting and entertaining game. A lot more random than Spearhead. There are no movement limitations, a mechanism I never really liked in Spearhead. I understood the reasoning for the rigidity of Spearhead's turn and move, but it never felt right.

On balance, while Blitzkrieg Commander is perhaps too random, the mechanisms provide for an entertaining game where you focus on the tactics, not the rules. The book includes all the army lists you are likely to need, another big plus. I suspect this will become my default set for 10mm tank battles. 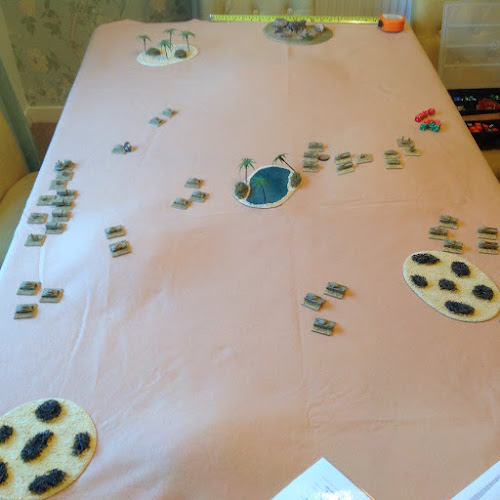