The Scottish Battlefields Trust held its first wargames day this weekend in Prestonpans.

The venue was the Gothenburg pub in the town. It has a decent size function room that accommodated six games from clubs across Scotland and a small number of traders. The pub has a lot of character with paintings reflecting the military history of the area. It's own micro brewery and good food is an important added extra!

This created a small show of the sort many of us can remember in the past, a very different experience from the big events that dominate the show calendar in Scotland and the rest of the U.K today. Time to chat to the visitors, traders and other gamers in a pleasant setting.

Prestonpans has the added attraction of the 1745 battlefield that the local trust has done a lot to highlight with information boards and a new viewpoint.

The GDWS display game was Flodden 1513. A first outing for Scott's stunning 10mm armies for the battle, mostly Pendraken figures - we used Pike and Shotte rules. And a first outing for our new club banner. The outcome was a reversal of history with the Scots pikes trampling all before them. 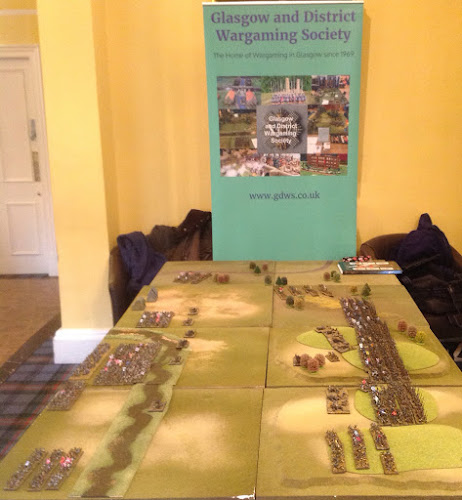 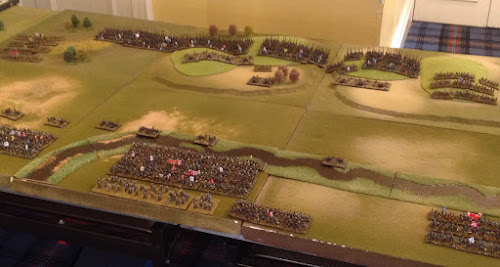 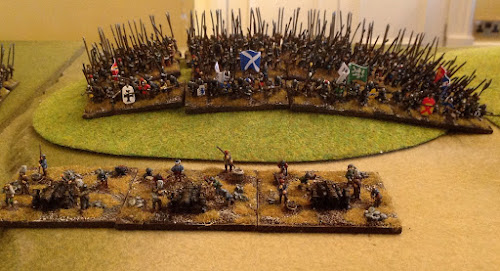 Another Scots Division ready to advance once the artillery has softened up the English position.

The English archers and billmen wait behind the Muddy Moss. 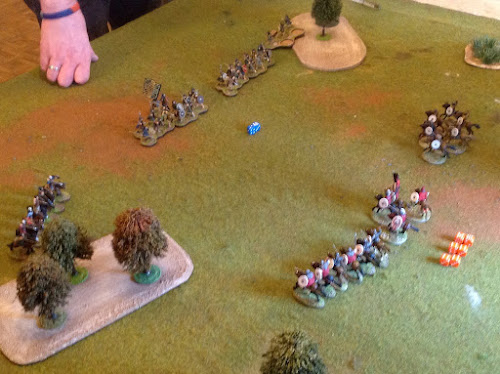 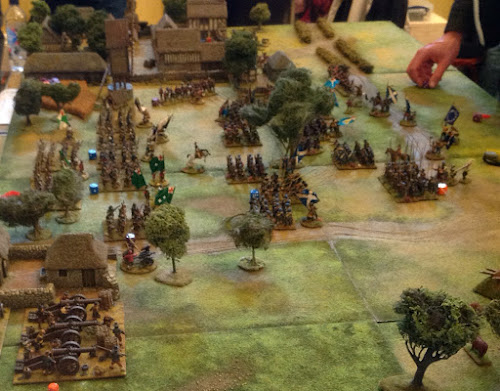 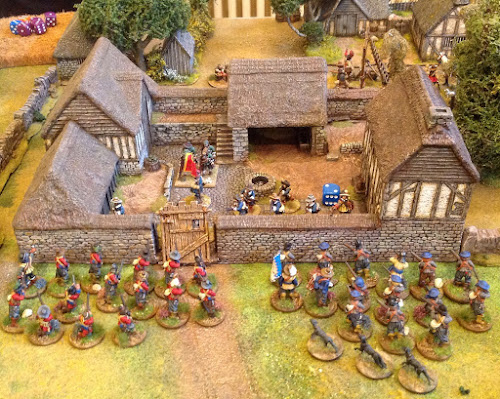 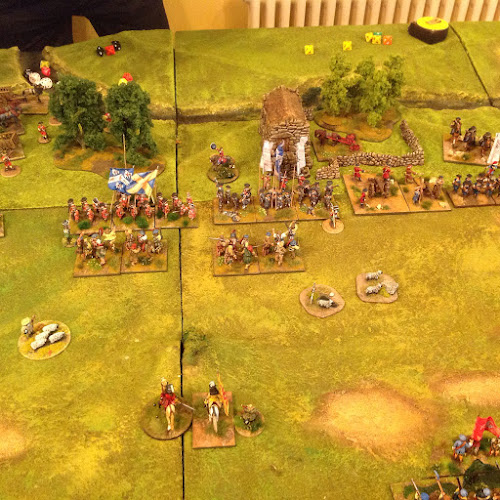 An earlier Jacobite uprising from League of Augsburg. 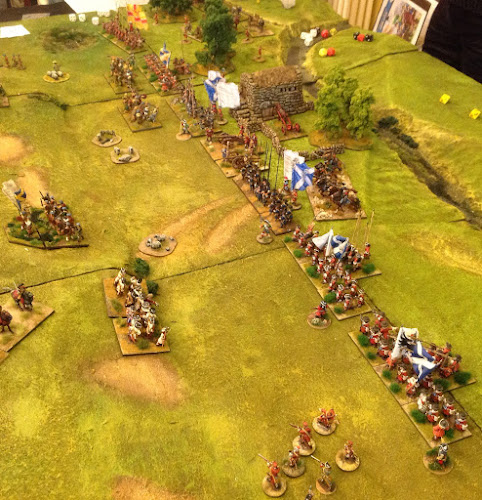 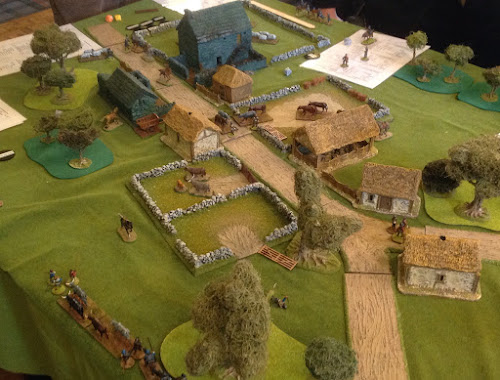 Border Reivers by the Falkirk club. 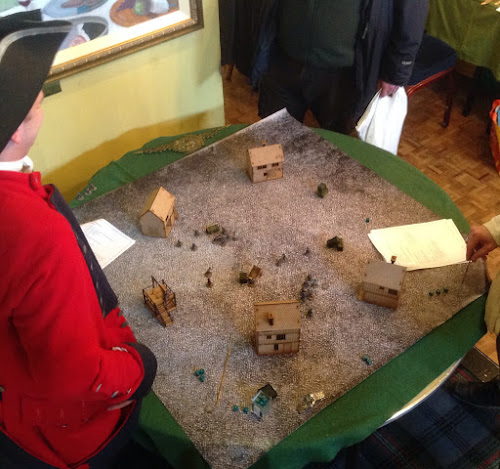 And finally Jacobite skirmish including the re-enactors in full uniform.

A good day was had by all, well worth the journey.