Some years ago I used to dabble a bit with model railways. I enjoyed researching and building the layouts, but always ended up selling them when the operating became a bit tedious. None the less, I like to keep an eye on what's going on and that primarily involves an annual pilgrimage to ModelRail Scotland, the biggest show of the year in Scotland, held at the SECC in Glasgow.

Other than admiring the skill and dedication of the modellers, I am always on the lookout for buildings, tools and scenic materials that I can use in my wargames. I walked away yesterday with a few of those.

The stand out layout for me was the Irish model railway society's depiction of Dublin's O'Connell Street in 1949, replete with trams. Any wargame club considering doing the Easter Rising as a display game this year would do well to have a look at this layout. It is amazing, both in scale and detail. God knows how they managed to transport it to Glasgow, but I am glad they did. 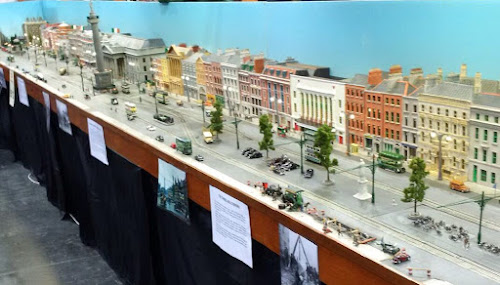 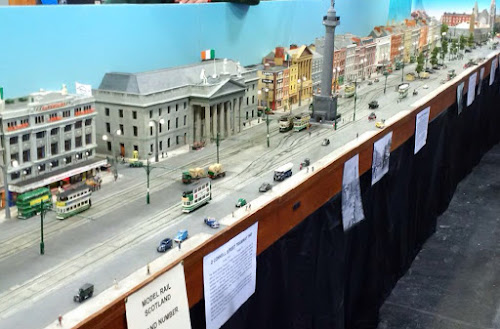 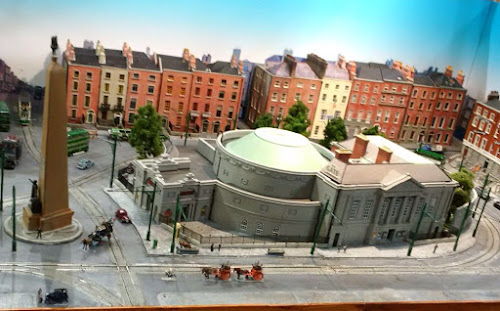 Another hobby crossover is the use of wargames figures. This layout depicts a Sealed Knot display alongside the railway. No shortage of castles either. 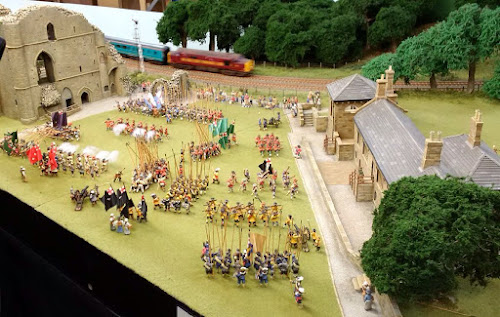 On the bookstalls, the railways of the First World War feature due to the centenary. I have seen at other shows layouts of bombed rail goods yards and stations during WW2 that make extensive use of Airfix kits.

So, if there is a decent model railway show in your area, I recommend taking a look.