Fighting in the city

After skirmishing with Frostgrave I have returned to Open Combat, now that the revised rule set has arrived.

The town scene battle mat arrived from Wayland along with some additional terrain pieces to supplement the buildings I covered in a previous blog. Some statues, walls, grave vaults and fountains have all been given the same grey gloomy paint treatment.

So to battle. A valiant band of adventurers led by Prince Valentinian enter the city with the aim of 'liberating' treasure from the graveyard. However, the Orc shaman Carguk and his orcish band decide to intervene.

The orcs are peppered by the two bowmen and the Shaman's fireballs are not doing much damage in reply. So the orcs go on the attack. A full scale melee ensues in the town square and the orcs are routed.

I like these rules, not just because they are straightforward and easily remembered, but it also enables you to pit any daft combination of forces against each other. 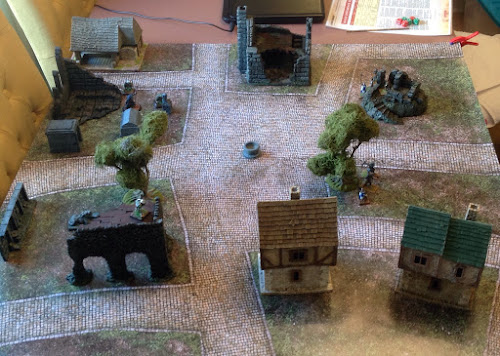 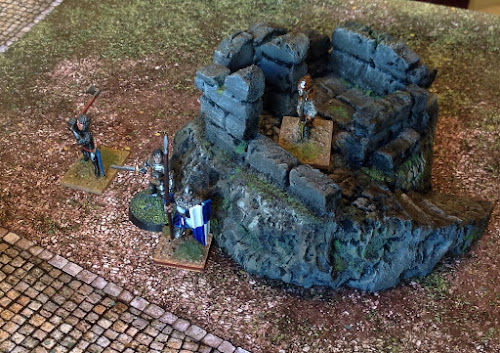 Prince Valentinian with three of his band. The bowman getting set up in a good shooting position. 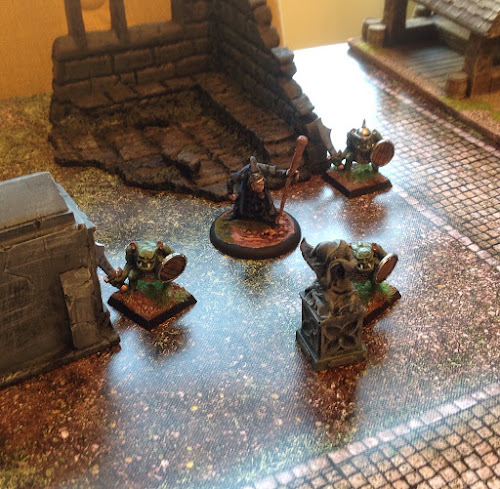 Carguk the Orc shaman and his boys arrive, skulking in the graveyard. 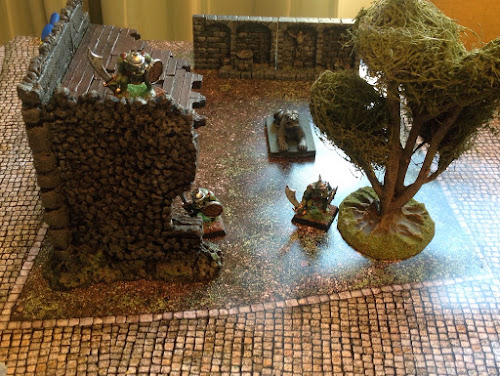 A flanking move by the other half of the orcish band 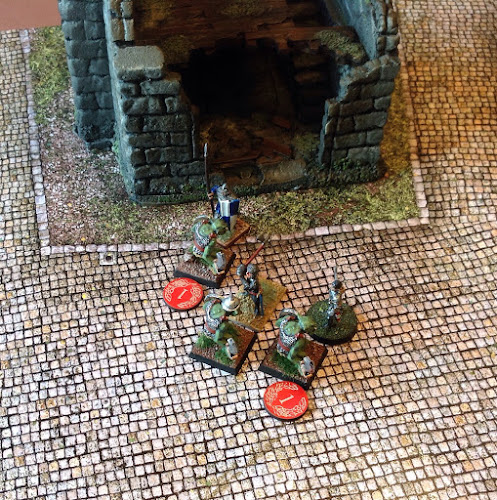 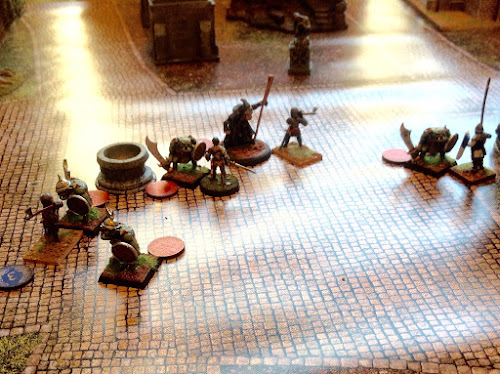 Open melee in the town square. Carguk gives up on the fireballs and gets stuck in, but to no effect.