My addiction to Russian TV series on Netflix is continuing. In our house it's a battle for the remote between my sub-titles and my wife's DIY programmes.

I watched the 2015 series 'Catherine the Great' a little while back and I have just finished 'Ekaterina' which covers the same historical ground. Both were filmed largely in St Petersburg, albeit with the aid of a fair bit of modern film animation. 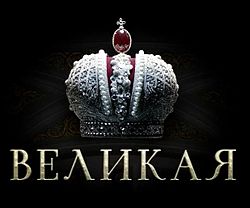 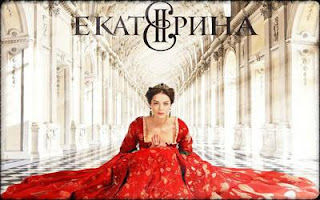 The focus is on the palace plots and coup that brought Catherine to power. Not to mention her many romances. However, the history runs parallel with it. The battle scenes are decent if a little on the skirmish side.

Season 3 of Ekaterina has the Russo-Turkish War as a backdrop, which ended in 1774 with Russian gains in the Treaty of Kuchuk-Kainarji. This reminded me that I had figures for the campaign that had been gathering dust for some time. When I look at these 6-8mm Adler figures through my eyesight today, I wonder how they were painted! 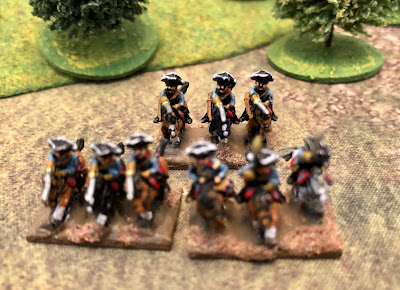 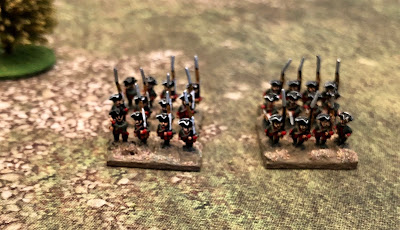 I have a decent-sized Russian army, but only modest Ottoman forces. So it was Rebels and Patriots using millimetres rather than inches, 24 points a side. 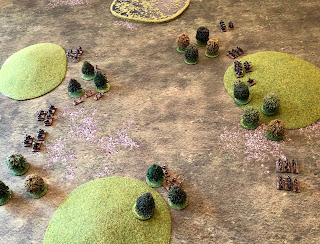 The Ottoman Arnaut marksmen drew the Russians in to allow the Sipahi cavalry to counter-attack. However, the disciplined Russian volleys got the best of the engagement and it was another victory for Catherine. That's it for Russian TV for a while. Back to Ertugrul. Still, 100 or so episodes to go! Where are those Seljuk armies?
Posted by Balkandave at 14:58