My painting this week has been to finish off the Indian and Pakistan armies for the 1965 war. Mostly tanks last week, the fun bit, so there was no avoiding the little men this week. Not only my eyes, but my big hands made this somewhat challenging.
Anyway we got there. Here are the Pakistani's, defending the village.

The village is from the Hovels 1/300 range. Looking at rural buildings in Punjab on Google images, they have a Middle East appearance, certainly closer than their Vietnam range. On the right is some anti-tank support with a jeep mounted RCL. 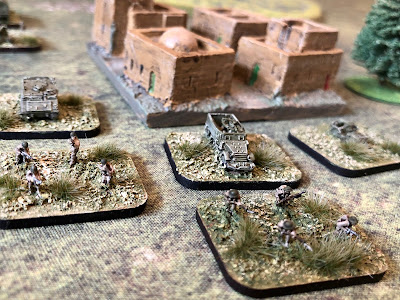 And in the centre, infantry supported by their M113 carriers. The Pakistani forces were more mobile than the Indians in this conflict. 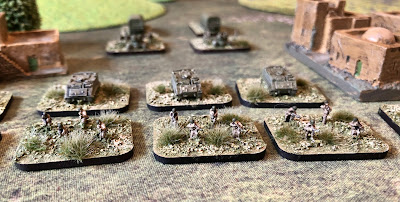 Then the Indians. They had some M3 half-tracks, but mostly lorry borne. They also used jeep mounted RCLs. 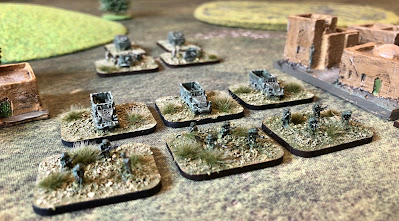 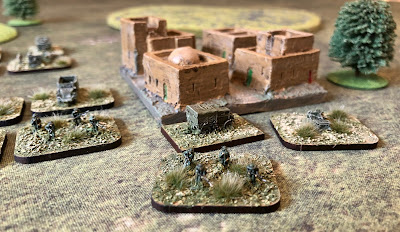 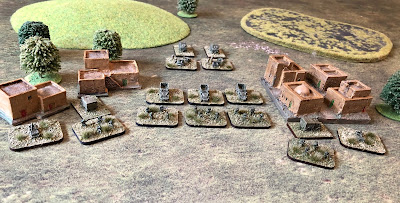 Finally, onto the tabletop for a game using Cold War Commander. I see from the forum that a revised edition is being worked on. 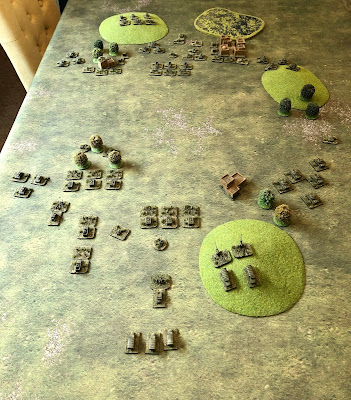 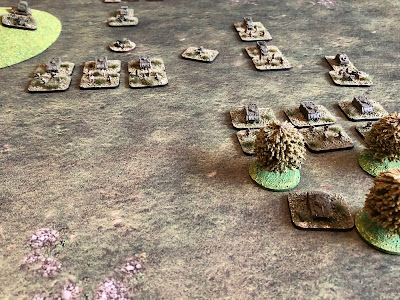 That's the 1965 armies done. However, 1971 beckons, and I have already ordered the top-up units needed for that conflict. Wargamers disease!
Posted by Balkandave at 11:50