Steve Barber Models have been expanding their range of 28mm figures for the 1848 Hungarian Uprising. I have been dabbling at skirmish level with this period, starting a few years ago, but the new figures inspired me to pad out some units and add a few as well.

In 1848, Hungary was part of the Hapsburg Empire but there were growing demands for greater autonomy or even independence. 1848 was the year of revolutions and this encouraged the Hungarian parliament on a course of separation while retaining the Hapsburg monarchy. The Austrian troops were engaged in putting down revolts elsewhere in the Empire and it was some months before Joseph Jellacic brought a largely Croat army to attack Hungary. Initially defeated by the Hungarian troops, the Austrian counter-attack eventually retook Hungarian territory and the uprising collapsed in June 1849.

The Hungarian army was a mixture of Hungarian regulars, the Honved (National Guard) and volunteer units. I would strongly recommend Ralph Weaver's book from Partizan Press if you are tempted.

First off, a Hungarian army without hussars is absurd. The range now includes the Hunyadi Hussars. A bit of variety and some command models would have been nice, but I accept this is a niche interest. 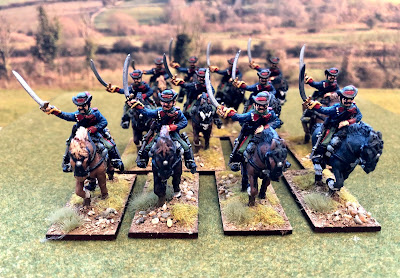 Then some additions to the Honved units with mostly command elements and some character figures. I like the figure drinking, very revolutionary! The flags were printed off the Warflags site. The slogan is Liberty, Equality, Fraternity in Hungarian. The some Grenadiers. There is a great reenactor group doing these in Hungary. Plus some Polish volunteers. 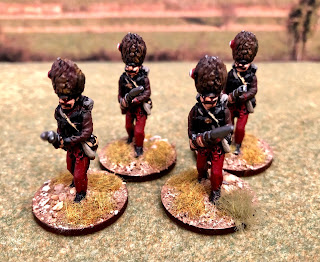 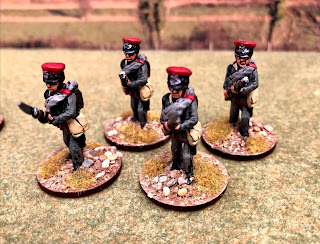 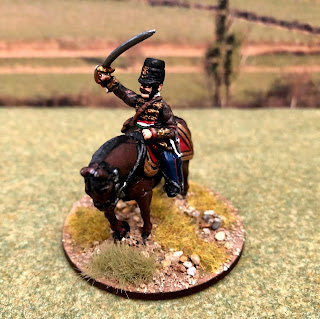 My sympathies are with the revolutionaries, but the reactionary Austrians had to be padded out as well. Here we have from left to right - Jager, Grenadiers, Line and Grenzer. Making each unit up to twelve figures. 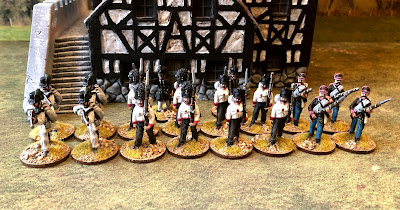 And that's it. Until the drug dealing, Barber models strike again!