Fistful of Lead - The Cheti

A friend wanted to play A Fistful of Lead in this week's Zoom game. If you have read my review of these rules, they make for a good quick skirmish game, which works well over Zoom.

My choice of forces was inspired by a recent episode in the excellent Bulgarian History Podcast - Time of the Cheti. The Cheti were small bands of Bulgarian irregulars who infiltrated into Bulgaria to foment revolution and attack Ottoman garrisons. They were mostly based in Romania and Serbia and aimed to establish armed camps in the Balkan Mountains, where the terrain suited guerilla warfare. This modern picture I took from the Shipka Pass monument gives a pretty good impression of this. 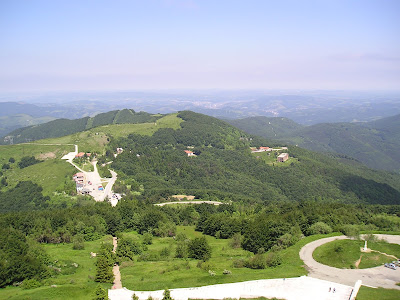 Bulgaria during this period was part of the Ottoman Empire. They introduced some limited reforms and economic development, partly to address the rising nationalism that had led to Serbia, Romania and Greece largely breaking away. However, political change was fiercely suppressed, which led to increasing revolutionary activity, although it was very much an urban, educated movement that hadn't really reached the peasantry in a largely rural, agrarian economy.
The podcast focuses on 1867, but bands of Cheta were being infiltrated since at least the 1860s and would continue until the Russo-Turkish War of 1877. Revolutionary leaders like Vasil Levski, Panayot Hitov and Filip Tityu are national heroes today. Still, in practice, they achieved very little at the time other than raising awareness of the Bulgarian cause. Most of the Cheta were small compared to the Ottoman garrisons who included regular and irregular troops, including the notorious Bashi Bazouks. Most Cheta were quickly identified and destroyed. My favourite leader is Panayot Hitov, who has a spectacular moustache! For the game, I used an Ottoman gun position that the Cheta is going to try and capture. I used second-line Ottoman troops from my 28mm 1877 collection. The Bulgarians are Bulgarian Legion figures from 1877. Except for the pistol-wielding leader (only a modest moustache), I suspect these are somewhat better equipped than the Cheti of this earlier period. Although the Cheti bands were incorporated into Bulgarian Legions. 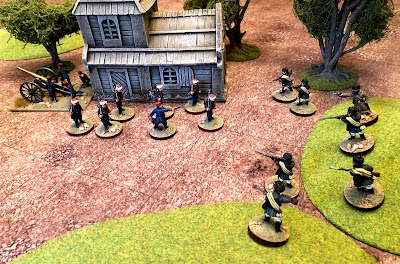 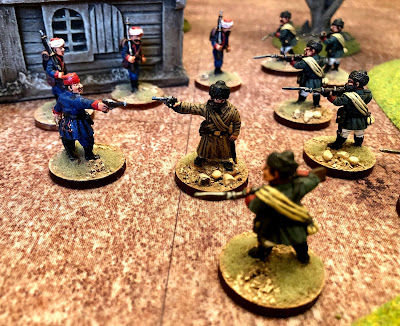 Sadly, playing the Bulgarians, I achieved as little as my historical counterparts. I would now be languishing in an Ottoman dungeon, or worse!