I am holidaying on the Croatian island of Vis (formerly Lissa). Furthest out of the Adriatic Islands, only 60 miles from Italy, it has been a strategic position throughout history. Originally occupied by the Illyrians, the Greeks founded a colony, then the Romans, Byzantines, Venetians, Austrians and finally Yugoslavia and Croatia.

The British used it as a naval base for their Adriatic fleet in the Napoleonic wars. Vis town is a natural harbour and easily defended with four forts on the surrounding heights and one in the harbour that the Austrians improved when the island was handed back to them.

Three of the forts are simple Martello towers, here is one of them. 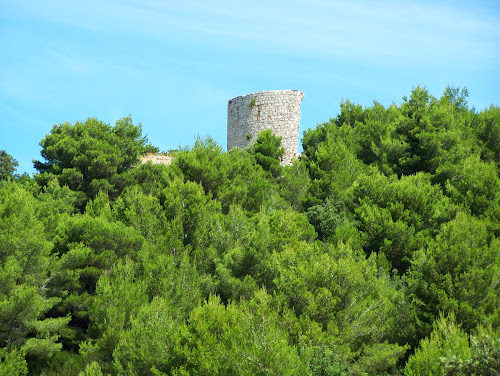 The main fort that protects the harbour and a possible landing from a cove along the coast, is Fort St George. It was also improved by the Austrians, but the entrance has the original British markings. A group of locals have formed a trust are repairing the fort at present, taking out the 1950's JNA concrete emplacements. There is a small room with some WW2 items, but I'll cover that in a WW2 blog. 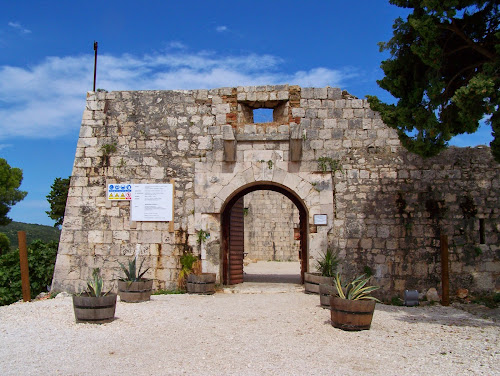 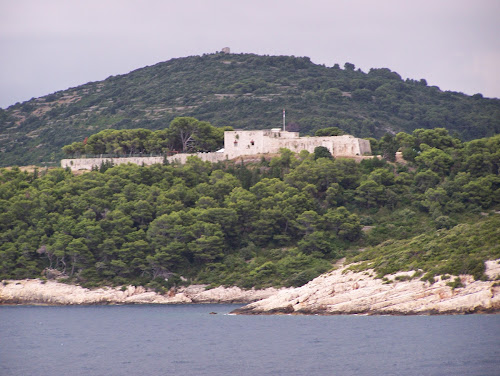 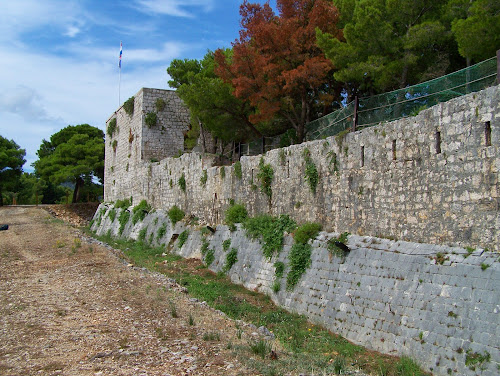 I outlined the history of British involvement in an earlier blog post. The key naval action was the Battle of Lissa 1811, when a small British frigate squadron, defeated a much larger French and Italian force that included 500 troops for an invasion. The battle is covered well here.

The British commander was Sir William Hoste and the small island at the entrance to Vis Bay is named after him. He is also credited with bringing cricket to Vis, a tradition that is maintained to this day. 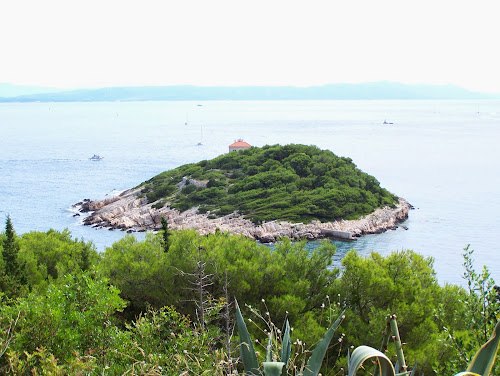 Posted with Blogsy
Posted by Balkandave at 14:51