The battle, sometimes called 'Red' Harlaw due to the casualties, took place on 24 July 1411 north of Inverurie in Aberdeenshire. It was fought between Donald, Lord of the Isles with a force of some 10,000 islesmen and highlanders, against Alexander, Earl of Mar with a Lowland force several thousand strong.

Donald was enforcing his claim to the Earldom of Ross and was threatening Aberdeen when Mar assembled a force to oppose him. It is likely that the arrival of the Lowland army surprised Donald camped near Harlaw. Mar’s advanced guard consisted of the men of Angus and they were attacked by the Islesmen, being pushed back until Mar arrived with the main battle to support them. The main action was a battle of attrition with the islesmen and highlanders charging the spear armed lowland schiltrons. The rearguard, led by Forbes, joined the battle on the right wing and helped to push back the last assaults by Donald’s army. By nightfall, the Lowland army had lost around 600 men and the islesmen over 900. Mar held the field and Donald withdrew overnight. Probably a score draw to to Mar, but importantly, Aberdeen was saved.
Sadler gives an extensive background to the conflict and the armies involved. As with most battles of this period, sources are scarce and the battle is described in a single chapter. The book is really a history of Scotland’s relationship with the Lordship of the Isles, rather than simply the battle itself.


Having read the book, it was time to refight the battle using Hail Caesar rules and 28mm figures.

The battle starts with the Lowland Angus vanguard being attacked by the Macintoshes. The left wing is routed and the right forced back.

Mar arrives with the main battle to form a new line as the main force of Islesmen advance. 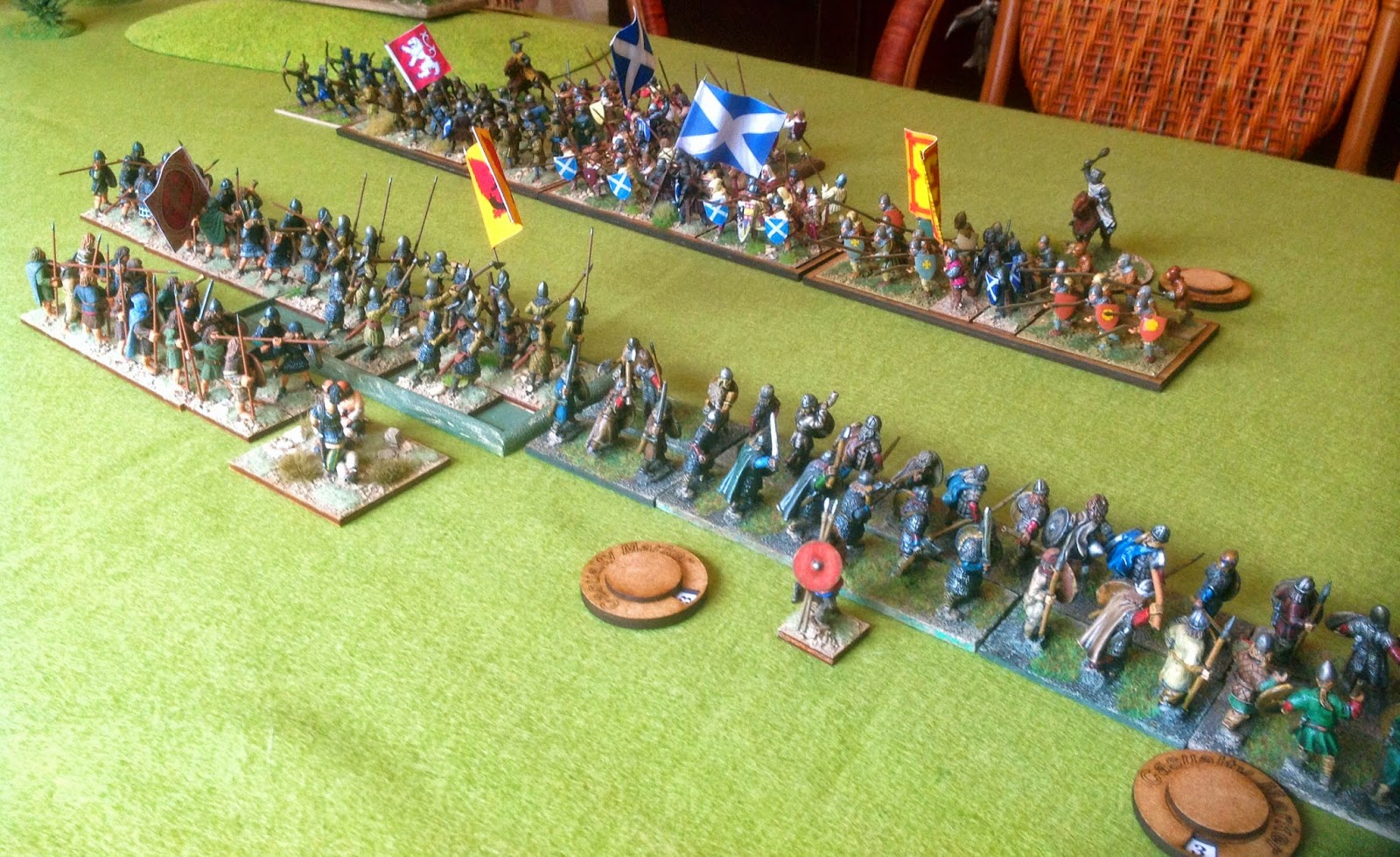 The highland charge routs the remaining men of Angus and the right wing of Mar's force, but Mar himself fights off the Islesmen. 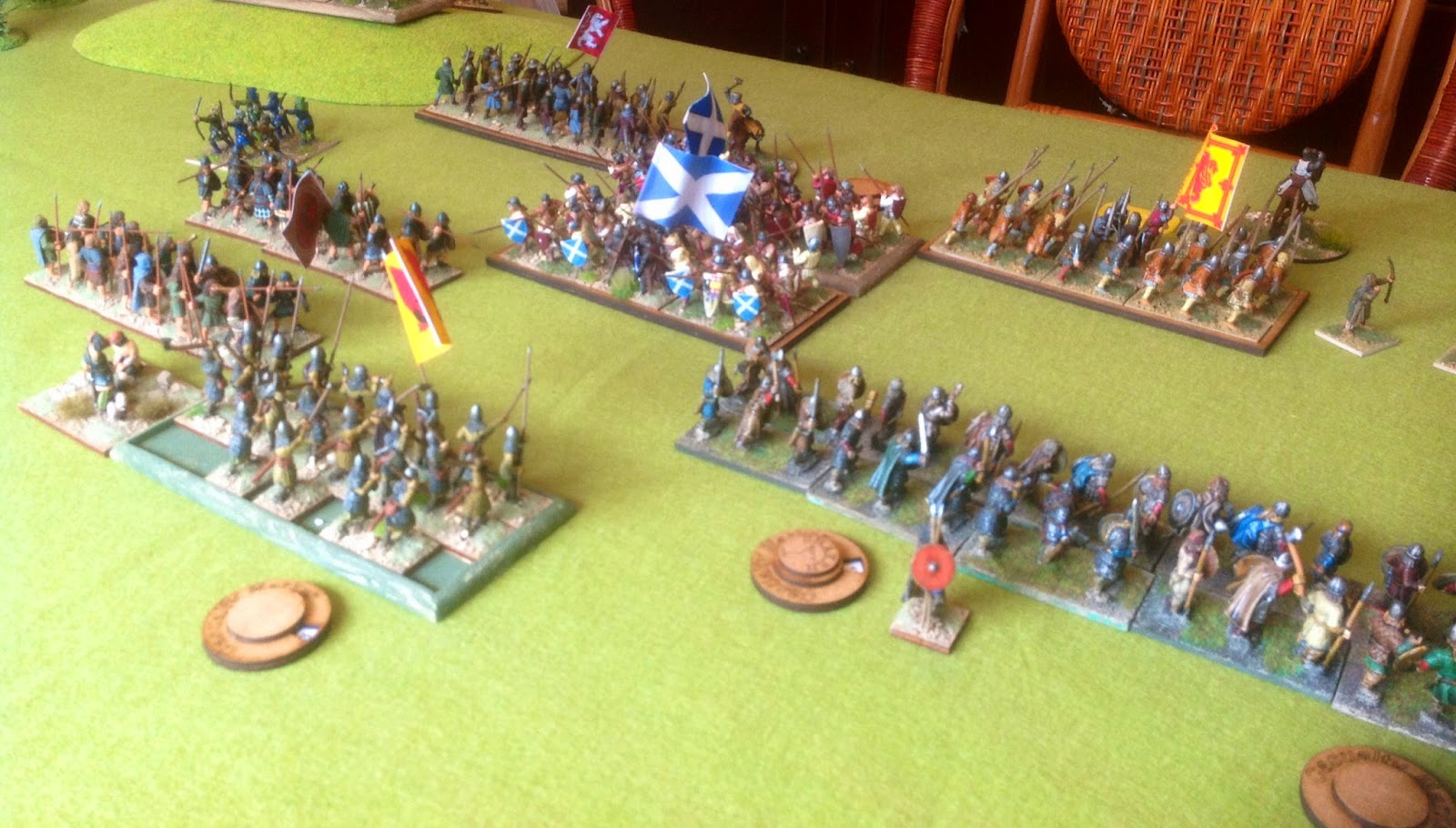 Finally Forbes arrives with the Lowland rearguard, but so do the Macleans and the whole line is engaged. So far pretty much as we believe the actual battle went.

However, history is now overturned, with Forbes being routed and the isolated Mar pushed back as the Lowland army breaks.

The gates of Aberdeen beckon for the highland host!

Hail Caesar worked really well for this battle. The command system provided the staggered arrivals and there were credible lulls in the fighting while commanders rallied their men for the next stage.