Fortress Budapest on the table

Having painted all the exotic Soviet units for Fortress Budapest it was time to buckle down and do the standard ones.

First off a rifle squad. These are from the North Star range with plenty of character - they even give you names for each figure. 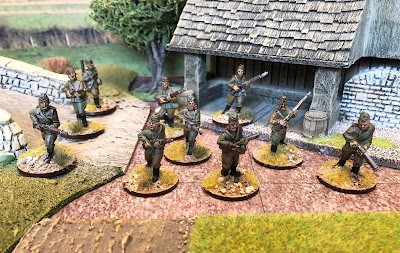 Then some support units - MMG and medium mortar from Warlord. 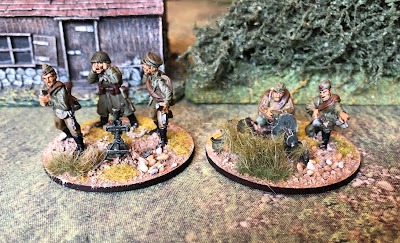 The HQ units including the feared Commissar. Did they really wear medals on the battlefield? 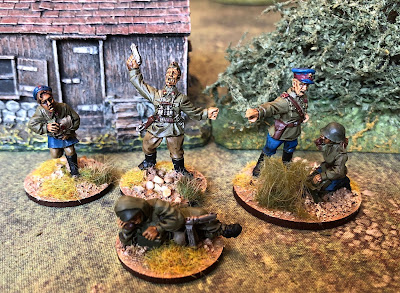 And finally a scout squad. Warlord again and very nice figures they are. 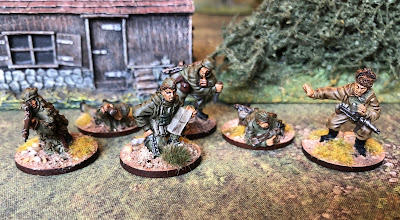 This gives me nearly 1300 points for a Bolt Action game. Time to take on the Hungarians.

I set up the table longways and a pal deployed the Hungarians via Zoom. In the first move, the Soviets made good progress on the right flank, capturing the wood after a close assault with a Hungarian rifle squad. The Hungarians responded by advancing the Turan II over the bridge and bringing the German reinforcements up in their carrier. 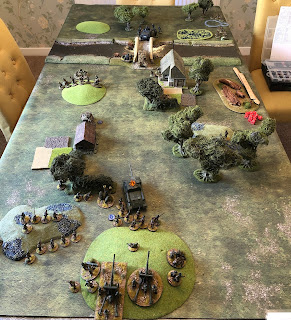 The second move was a bit of a disaster for the Soviets. The SU100 shot at the Csaba armoured car and missed. The Turan II got a lucky hit and knocked out the SU100 - that's 300pts down the can.

Both sides came grinding to a halt in the next move when the FOO's brought some devastating off-table artillery fire down on the far too bunched units. For example, a roadblock on the bridge forced the Germans to de-bus. 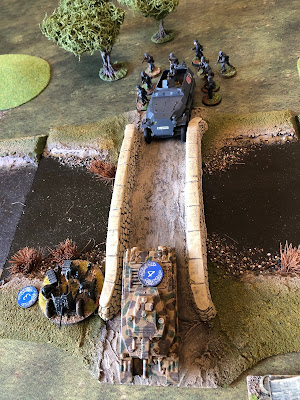 The Russians did work their way around the right flank but were too weak to cope with the counter-attack. 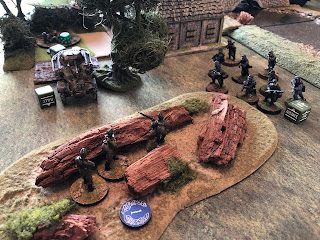 The left flank attack was shot up, so game over. Budapest is safe for another day!

Zoom works very well for a 28mm game. The figures are big enough to see, even from a helicopter view.
Posted by Balkandave at 18:05