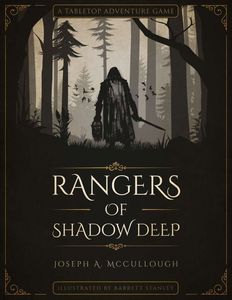 There is a new fancy bound edition of this game just out, but I settled for a downloadable PDF of the original version. This is a skirmish game in a fantasy setting. You play the part of a Ranger who has basic abilities with a set of fairly standard statistics - move, fight, shoot, armour, will and health. You strengthen the basics and then add heroic abilities and skills. These all give exceptional actions or bonuses in combat.

You can then add companions like archers, barbarians and men-at-arms, or something more exotic like a conjurer. These are all recorded on a ranger sheet and you are ready to go.

The game is scenario, or mission, led. There are several in the book to get you started. They outline the tabletop and the creatures you will face. Creatures have their own bestiary and include a range of typical fantasy enemies.

Each activation allows two actions, typically a movement and fight or shoot. The Ranger goes first, although he can take some companions with him/her.

In my test game, the elven ranger had a couple of archers and a barbarian, who looks remarkably like Conan! Their task is to get across a bridge guarded by what they call Gnolls (I used Orcs) and a Shadow Knight. 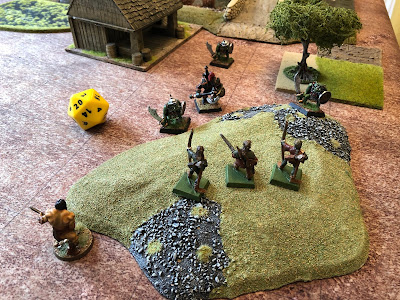 The solo mechanism sets out a series of automatic reactions for creatures. So, when the Ranger shoots and kills a Gnoll, the others in line of sight spot him and generally attack. There is a simple flow chart of options. These are supplemented by event cards, playing cards and a table that describes actions for each scenario depending on the card drawn. It works very well.

Shooting and combat are pretty straightforward. You add the relevant stat to a D20, both sides roll, and the loser deducts his/her armour from the winning roll to calculate damage. As with this author's other popular ruleset, Frostgrave, this is a problem for me. D20 is a massive variable.

In this game, Conan just about survived his first round of fighting with a Gnoll. 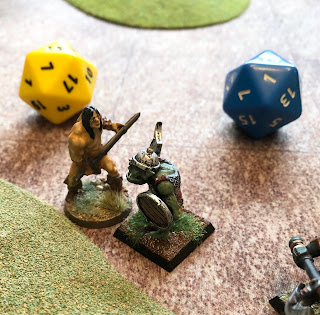 And then killed his opponent in the second round with a huge difference in the roll. 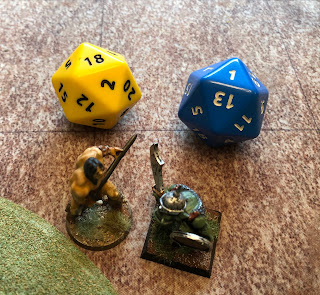 Anyway, the Ranger comfortably beat the Shadow Knight and off our merry band went to the bridge. 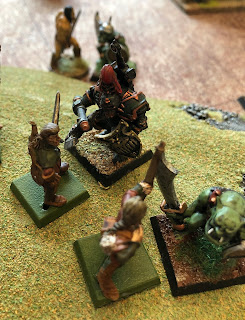 There is a campaign system, which links the missions and allows a decent narrative to develop.

The rules could have done with a playsheet, accepting there is probably one on a forum somewhere. With all the add on rules, it required a lot of going back and forth. But regular play would probably reduce that. The solo mechanisms work, but I am not convinced by the combat mechanisms. For this level of game I prefer Open Combat, but I might pinch the solo mechanisms and use the scenarios.