When I was a young lad, before videos and Netflix (yes I am getting on a bit!), the Christmas holidays meant classic films on the TV. There was one film you could guarantee would be on - El Cid, starring Charlton Heston and Sofia Loren. 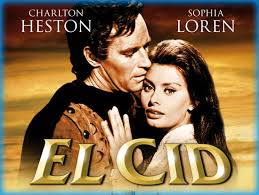 Castilian Knight, is the first of Griff Hosker's series on the story. This book covers the early years of the life of El Cid, El Campeador, Rodrigo Diaz de Vivar. 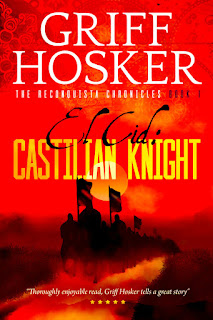 There are different approaches to historical fiction. This book uses a third-person narrator, in this case, William Redbeard. He is the adopted son of El Cid's father's Armiger or champion. He is tasked with training Prince Sancho's young nobles to be knights. They take part in campaigns against Moor Taifas - as Islamic Spain had been divided up into these petty kingdoms at the end of the 11th century.

Christian Spain was also divided and the book ends with the siege of Graus and battle between Castile and Aragon. El Cid has become the Prince Sancho's Armiger and defeats the Aragonese champion in individual combat.

There are few better stories to tell than El Cid and this book makes a decent go at it.

Time to dust down the armies for the tabletop. 28mm ADLG in the reduced 100 point format. Feudal Spanish v Andalusian. 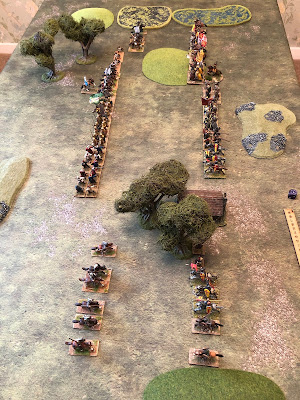 Playing the Spanish I was manoeuvring my elite knights for a crushing blow on the lighter Andalusian horse when to my surprise they charged me! The melee went, on and on, until eventually weight prevailed and they were routed. 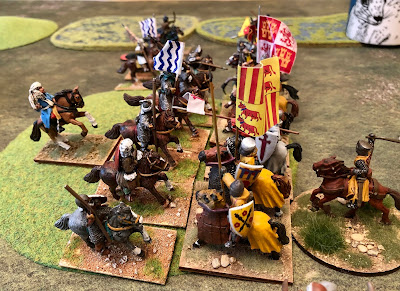 Matters went somewhat better on the left and I managed to flank the Moorish infantry. 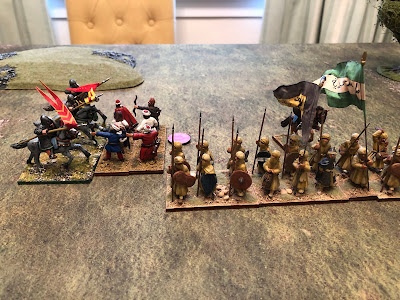 Game over and another triumph for El Cid! Hopefully, I will get my reward in the arms of Sofia Loren. Now I am writing the fantasy version!