My latest lockdown painting has been to expand my late Saxon forces. I have a reasonable collection of armoured types, but it was time to assemble the Fyrd.

These are from the Footsore range. They don't come with spears, I had some, but I do find this irritating. If you are selling Saxon spearmen, you should provide the spear. The hands are solid enough to drill through. This is a bit of a faff but has the advantage that they are unlikely to fall off given rough tabletop handling. The shields are separate but come with a small lug. I used LBM shield transfers, which fit well and are easy to use. 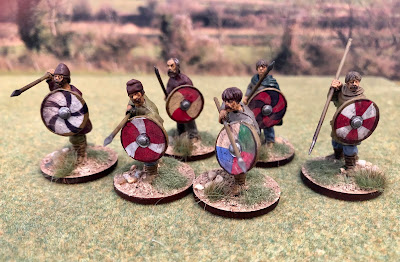 The Fyrd does, of course, require a leader. And they don't come bigger than Alfred the Great. Another Footsore model with his standard-bearer. 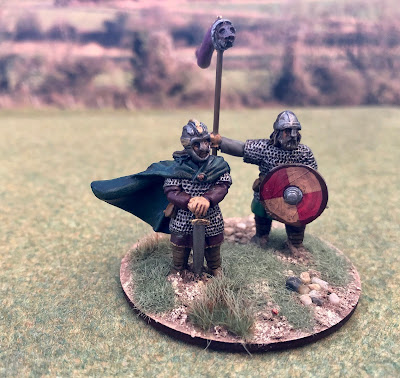 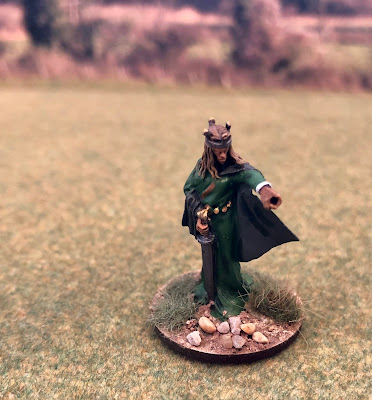 For some background reading, I picked up Osprey's Viking Warrior v Anglo-Saxon Warrior. They were very generously giving these away as ebooks at the start of lockdown. 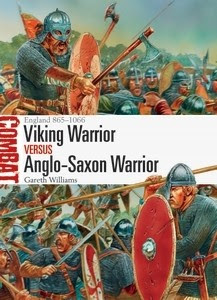 You get a concise overview of how these warriors were recruited, trained and equipped with a couple of very nice colour plates. This is followed by a focus on three major battles during the period - Ashdown, Maldon and Stamford Bridge. As a Fulham fan, the mere mention of that name is shocking!

There is a useful analysis section at the end which concludes that they fought in a similar way, with similar weapons, using similar tactics. I have played a few games with both sides recently and they do tend to be slugfests. Tactical nuance is limited.

However, it is a great period, brought to life by Bernard Cornwell and the Last Kingdom series.