This is the classic account of partisan warfare in Yugoslavia during WW2. It has been sitting on my 'to read' shelf for a number of years, occasionally dipped into but never properly read.

Milovan Djilas was a senior member of the Central Committee of the Communist Party throughout the war and became the Vice-President of Yugoslavia until his expulsion in 1954. This book covers his wartime activities starting in July 1941, when the decision was taken to start the armed struggle.

Djilas was sent to his native Montenegro to organise the resistance there. The uprising liberated large parts of that country, but the Axis response weakened his position and he was ordered out. He became the editor of the Party newspaper Borba.

In March 1942, he was back in Montenegro where a civil war had broken out with the Chetniks. He describes the establishment of the partisan army and the various attempts to destroy it by Axis and collaborationist forces. The breakout from the German encirclement attempts in the fourth and fifth offensives is described in detail. This included difficult decisions over Italian prisoners and leaving partisan wounded behind.

The Italian surrender provided the partisans with military equipment and they gradually built support amongst the population as the only resistance actively fighting the occupation forces. This also led to recognition by the Allies and further military support.

The arrival of Soviet armies gave the partisans a new role in cutting off the German retreat and the eventual liberation of Belgrade.

The best parts of this book are the descriptions of his extensive movements around Yugoslavia during the war. Illustrated in this map. 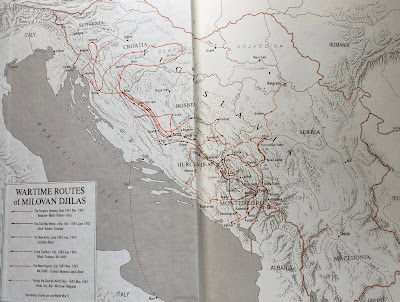 The fighting against Axis troops, the Ustashi and Chetniks, in very challenging terrain, is described in vivid terms. The descriptions of the ideological debates within the Party is less engaging and I found myself skipping pages. This isn't a military history of the campaigns, but it is an on-the-spot account of a senior player in the conflict. Just don't expect an easy read!

Some of my 28mm partisans. We really can't do justice to the terrain these battles were fought over on the tabletop. 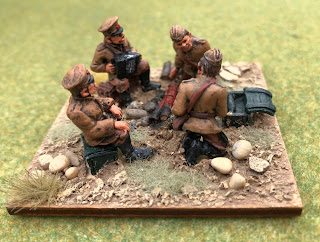 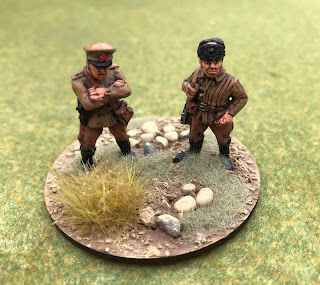