I have long had a fancy to collect a Russ army, but never quite got around to it. Then along came the Russian 2018 TV series, The Golden Horde. It is showing with sub-titles on Amazon Video. 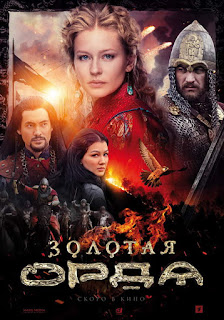 This is based in the Thirteenth Century when the Russ states were paying tribute to the Mongol offshoot, the Golden Horde. There are sixteen episodes, so settle down for a long journey. I am a big fan of Russian historical TV. The history may be a touch speculative, but the setting, costumes etc are brilliant.

As wargamers disease had struck, it occurred to me that I could use Russ figures for Lion Rampant or SAGA and as one of the eastern states in my Oathmark campaign. Hence the imaginatively named city of Gorod!

In 28mm, the Russ means Gripping Beast. The first unit off the painting bench is some Druzhina cavalry. These were the household troops of the Russ princes, although they could reach substantial numbers. Alexander Nevsky had 3000 troops in his Druzhina.

The figures needed a bit of a cleanup, and have an irritating level of assembly required for metal figures. The lances I accept, but not scabbards, bows and quivers. Needless to say to shields have poor connections to the arms.

You get a random range of shield types, which is particularly irritating when ordering shield transfers. I have generally had a positive experience with LBM transfers, but these were very difficult to peel off the plastic cover. I just about got six usable ones from a sheet of twelve.

Anyway, here they are. Some infantry next. 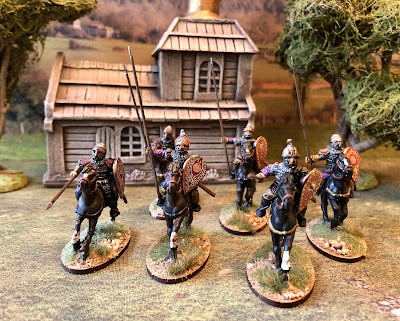 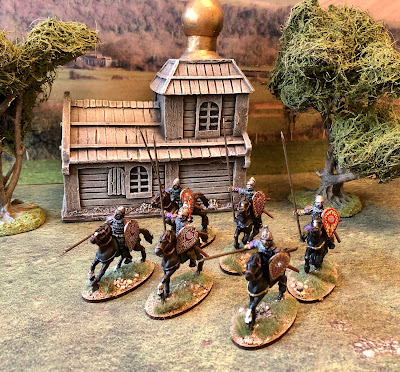