Chronologically the next book in my Nigel Tranter rereading project was Kenneth. This is the 9th-century story of King Kenneth MacAlpin, the first king of Scotland. 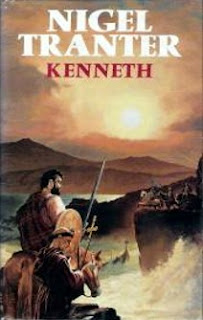 At the start of the 9th-century, Scotland was divided between the Picts (Alba) covering the east and north, Strathclyde, Galloway and the Scots Irish kingdom of Dal Riata. These kingdoms and their Irish cousins were under pressure from The Angles to the south and the Vikings on every coast. Kenneth was the son of the King of Dal Riata and succeeded him to the throne, including Galloway.

The book starts with his early campaigns against the Angles and their Saxon allies. Moving on to many campaigns against the Vikings who established themselves in Ireland and consolidated their bases in the Hebrides and Orkney. His vision of a Celtic alliance was achieved on occasion to fight off Viking incursions. Tranter calls him Kenneth the Norse Slayer.

As Alba falls into internal strife, Kenneth is elected High King of Alba while retaining his other kingship. This is Tranter's take on history, although the limited sources talk about an invasion of Alba in 842 or 843. He died in 858. He certainly created the dynasty that went on to unify Scotland in the centuries to come.

Unlike the previous book, Columba, this is all action historical fiction. Plenty of battle scenes and plots to keep the reader entertained.

I finished this book just after the new edition of L'Art de la Guerre (ADLG) arrived. With excellent timing, one of the new lists is Later Scots Irish. I have suitable 28mm figures for the Scots and the Vikings.

The Vikings have heavier infantry than the medium Scots, balanced by the extra light troops and a unit of horse, which the Scots used to harass the flanks. 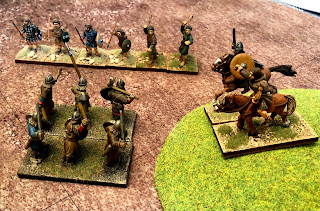 After that, it was a shieldwall slugfest, which the Scots just about got the better of. 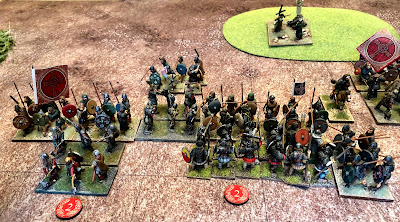 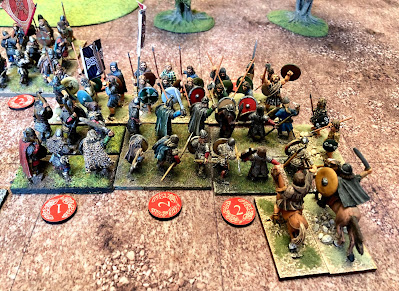 However, if the Vikings had survived one more move, they would have captured the sacred camp and broken the Scots. An ADLG lesson is that if you take sacred camps, defend them! 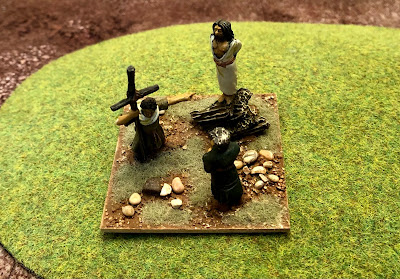