After my last game in the Flames of War, Seelowe Nord campaign, it became obvious that the Germans would need some heavier firepower as they advanced into Yorkshire. The Matildas in particular are difficult to stop with German army's 'doorknocker'.

So this week I have painted up a platoon of Pkw38t and an 88mm flak, poised for the ground role. The Pkw38's are from Forged in Battle and the 88 is from Battlefront.

The Pkw 38 started as the Czechoslovak army LT vz.38 built by Skoda and was taken over by the Germans after the occupation. Around 1400 Pkw 38's were produced in 8 different variants with various modifications, improved armour protection and armed with Czech made 37mm Skoda A7 vz.38 guns, designated by the Germans as 37mm KwK 38(t) L/48 (L/47.8). They were used by the 6th, 7th and 8th Panzer Divisions during the invasion of France and by the 8th Panzer Division in the Balkans. So it is entirely likely they would have been present has Sealion gone ahead.

The chassis was used for the later Hetzer and Marder SPGs. The tank was also also exported to German allies including Romania (50), Slovakia (90), Bulgaria (10) and Hungary (102). As well as neutrals in South America and Sweden.

I didn't get a chance to deploy them at the club today. We played FoW but I was using an 8th Army rifle company in Sicily against a German panzer company. My anti-tank guns failed badly on the left flank leaving both objectives exposed. However, my opponent pushed his command tanks forward to plug a gap my infantry were creating in the centre and they were both destroyed. So Monty rolls on to Messina! Good game and I learnt a bit more about the rules.

Posted by Balkandave at 21:08 No comments: 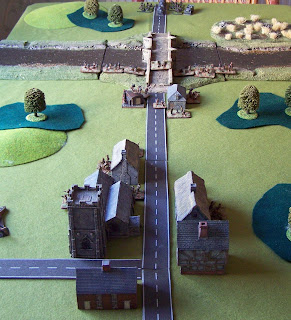 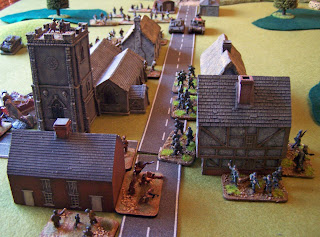 Keeping up the Far East World War Two theme my reading for this week has been Nomonhan 1939 by Stuart Goldman.

As obscure WW2 battles go this might take the biscuit, but it was actually very significant. Justifying, in my view, the book's sub-title The Red Army's Victory that Shaped World War II.

It took place on the border between Soviet controlled Mongolia and Japanese controlled Manchuria. This was an area of frequent border skirmishes between the two armies including large scale actions at the Amur River and Changkufeng. The primary cause of the clash was the very aggressive leadership of the Japanese Kwantung Army. Or more accurately middle ranking elements of the leadership. What was astonishing is the way they ignored, what would be in any other army a direct order from the General Staff in Tokoyo, to break off the action. To the extent that even after being pushed back they counter attacked again. This is put down to the spirit of gekokujo (the low overcomes the high) that pervaded the Japanese military, especially the Kwantung army. The concept was used as justification for junior and mid-level military officers engaging in principled disobedience if they were motivated by moral principles. 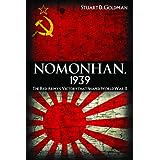 The Nomonhan affair was based on a disputed border area. After what the Japanese regarded as an incursion by a small Mongolian force, the Kwantung army launched air attacks deep into Mongolia followed by a ground attack by a reinforced division that later expanded to become the 6th Army. The Soviets responded with what became the First Army Group commanded by none other than Zhukov. Soviet armour and artillery was vastly superior and despite fighting to almost the last man, the reinforced Japanese forces were destroyed. It was the worst Japanese defeat in modern times with some 23,000 casualties. The Soviets lost slightly more men at around 25,000.

The wider significance of the action was that Stalin felt able to focus on the West and the pact with Germany to divide Poland. It also meant he didn't have to fight a two front war unlike most other nations in WW2. Remember, it was Zukov's experienced Far Eastern army that saved Moscow and probably the Soviet Union from defeat in 1941/42. For the Japanese it encouraged a southern strategy that led to the Pacific conquests and war with the USA. Astonishingly, it was the same middle ranking officers that drove that failed strategy as well.

Overall this is an excellent study of an unusual and little covered conflict. Highly recommended. 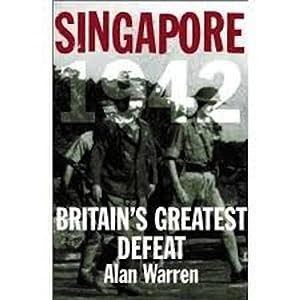 Posted by Balkandave at 16:50 No comments: